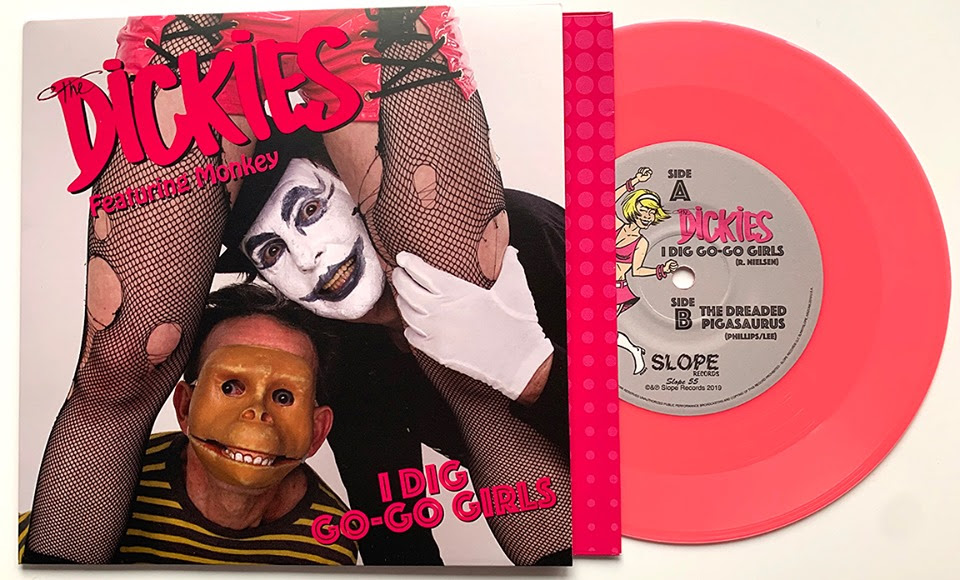 Monkey from The Adicts makes a guest appearance on The Dickies version of "I Dig Go-Go Girls". If you don't already have the first two Adicts LPs, 1981's "Songs of Praise" and 1982's "Sound of Music", you need to snatch up those two classic punk gems.


The Dickies first two albums, 1978's "The Incredible Shrinking Dickies" and 1979's "Dawn of the Dickies" are absolute punk classics and should be considered mandatory records on many levels, including the fact that A&M released them! I personally would add just about the entire Dickies discography to the "mandatory" checklist, but really, everyone should own at least the first two LPs. 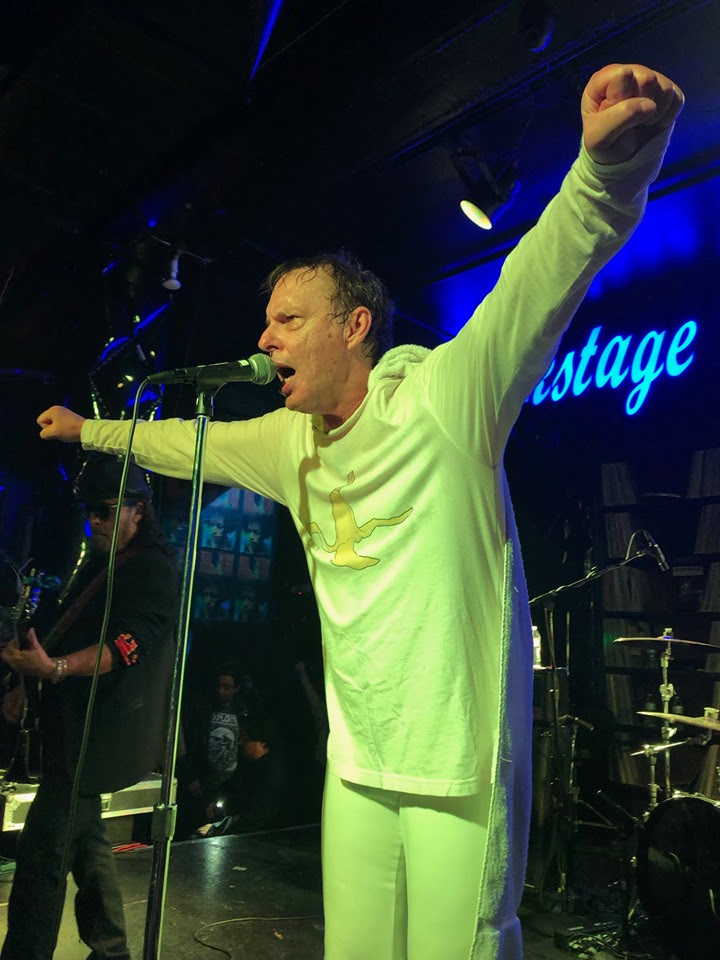 I find it exciting that The Dickies have released this 7" and that they plan on releasing a new LP in 2019. The Dickies play NYC on October 31, 2019 and Philadelphia on Friday November 1, 2019. The intimate Kung Fu Necktie club in Philadelphia would be the smallest venue I have ever seen the Dickies play. I've seen them many times, including at City Gardens in Trenton NJ and in the Lehigh Valley PA (I think it was Lupo's). The Dickies never disappoint. They also have a knack for covers ("Banana Splits", "Paranoid", "Nights In White Satin", "Communication Breakdown", "Sounds of Silence"...) and this Cheap Trick track is killer. 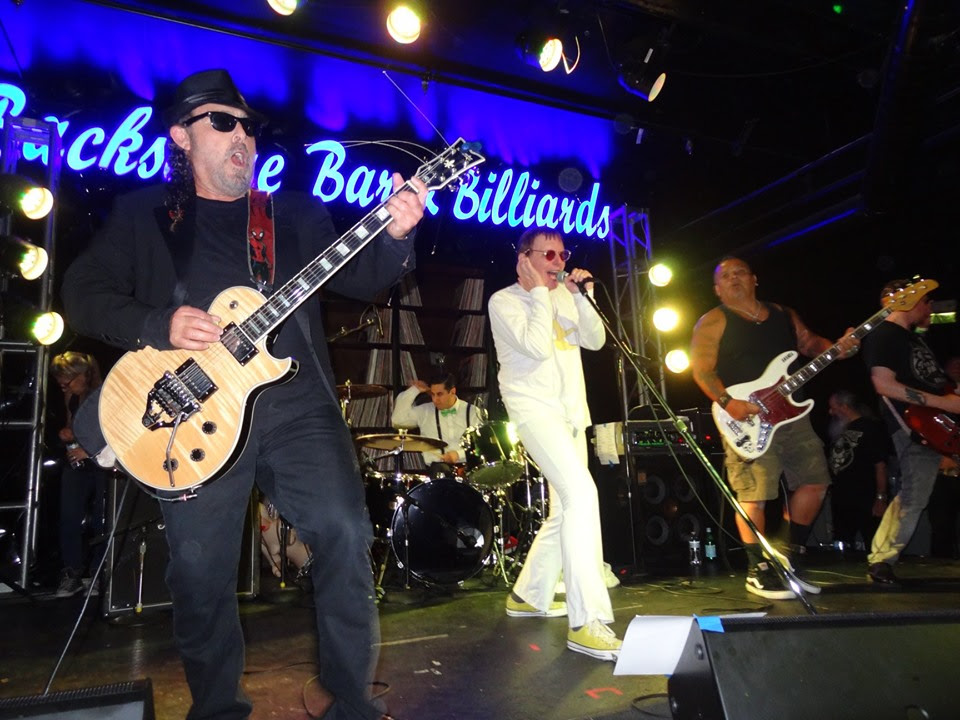 Check the digital version of this hot pink 7" on Spotify:

Thankful Slope Records released this 7"!
So glad the Dickies still exist, record and play live.
Hope you go out and obtain tons of Cheap Trick, The Dickies and The Adicts if you don't already have them and make sure you add this 7" too. Looking forward to a new full LP!