For your listening pleasure, please click play on the video below for the lead off track, "Agitation Propaganda!", from EYEHATEGOD's self titled 2014 release. The track, which is the shortest on the LP, is also the most furious. "Agitation Propaganda!" brings to mind early C.O.C. (tempo, hardcore/metal style and use of feedback as a lead) and Crucifix (pure hardcore insanity).

With the hardcore explosion completed in the first track, EYEHATEGOD proceeds to get on with what they are more known for... New Orleans sludge, born of vintage Sabbath, evolved into something much more heinous. 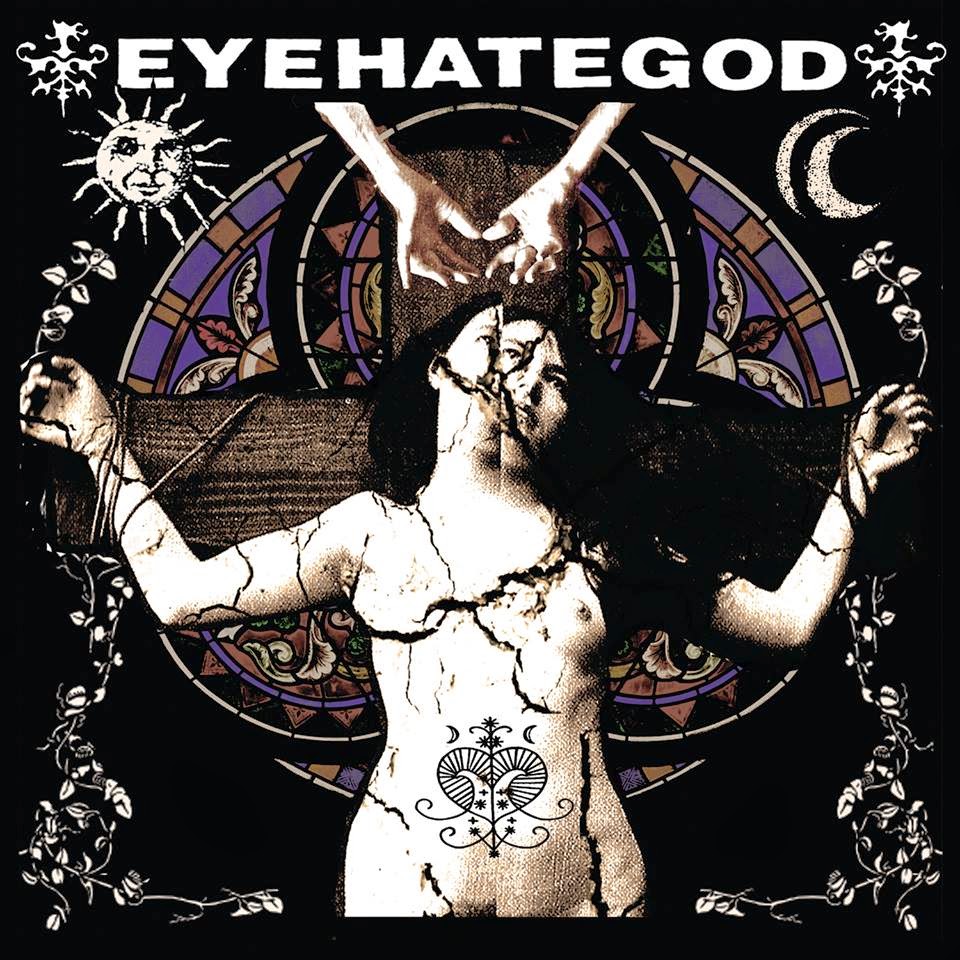 With hardcore, metal and stoner recordings becoming increasingly crispy and crunchy with their power and production, EYEHATEGOD (with the help of Philip H. Anselmo) refuse to clean up their feedback, distortion filled sludge. This isn't a precise and tidy metalcore record. The feedback is as hypnotic as is witnessed at their live shows, which is an amazing accomplishment to commit to vinyl. At times the feedback sound resembles controlled tones that weave in and out of the tracks riffs. At times, it is just hellish feedback. 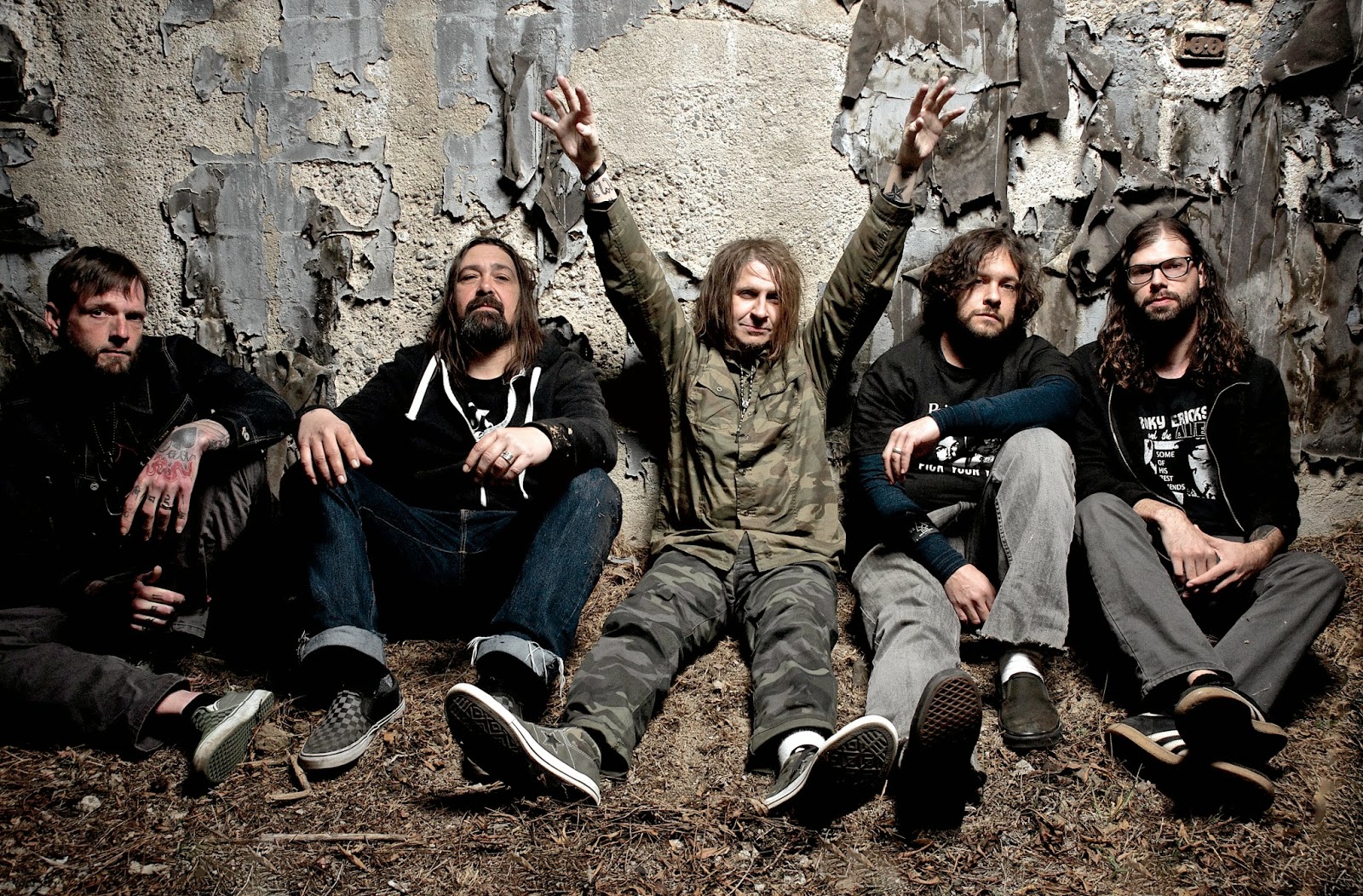 EYEHATEGOD specialize in music that is both aggressive and numbing at the same time. The combination dangerously resembles the soundtrack of the end result of pounding back a six pack and a bottle of whiskey (not recommended - listen to the record instead, no chance of death via vinyl) or maybe some combination of illegal substances (hypothetical guess). Filled with rage, yet physically incapable of moving, a lovely sort of violent paralysis. This EYEHATEGOD record ain't pretty, but it is undeniably beautiful. 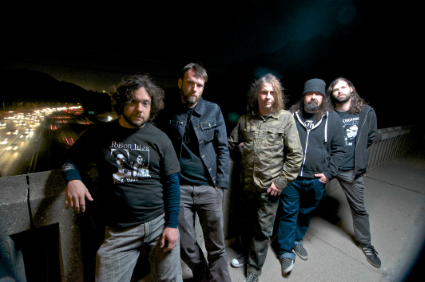 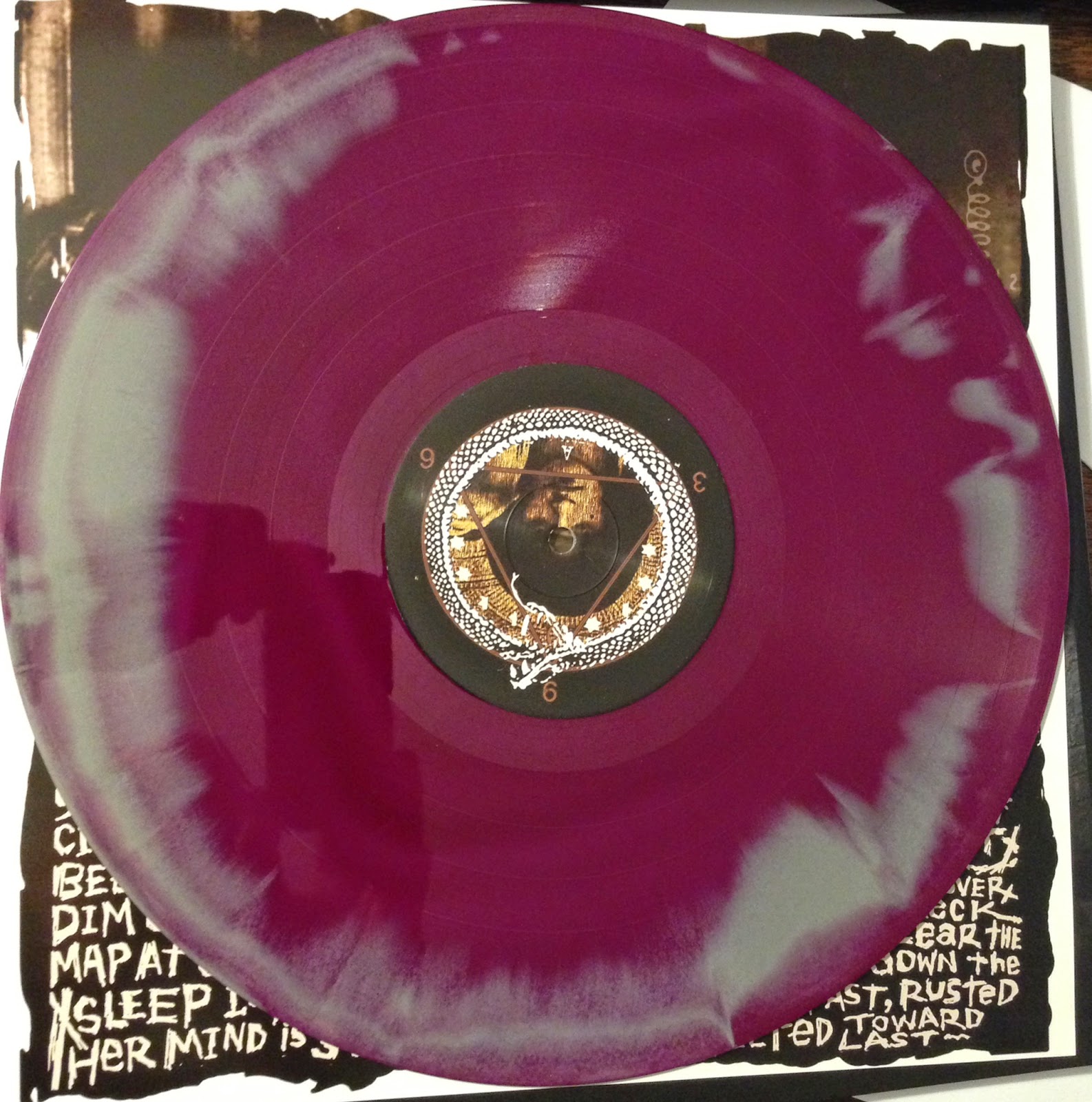 I have been listening to an advance digital version of this record for about a month. I have been nothing less than fascinated with the album. I have the luxury of having many albums at my disposal, so rarely do I have an album that preoccupies an entire month of my listening. I have been obsessed. 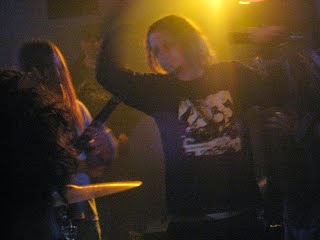 I had the pleasure of seeing EYEHATEGOD live at Jimmy's Place (now torn down) in Allentown in 2011. Follow this link to see the photos and write up. Very much looking forward to June 1, 2014 in Philly (along with Ringworm and Enabler - both bands having also released amazing LPs this year) at Underground Arts. 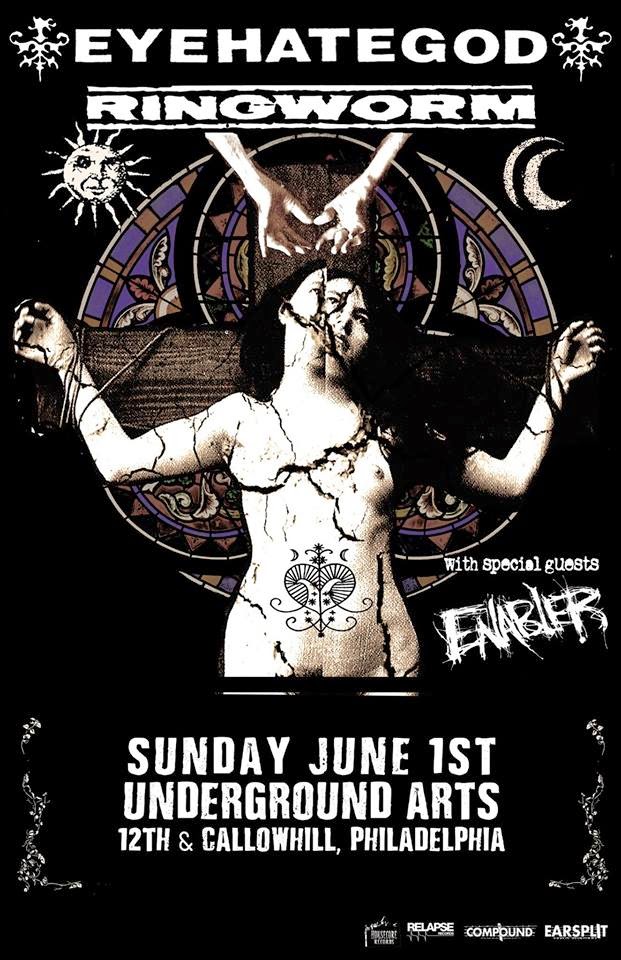 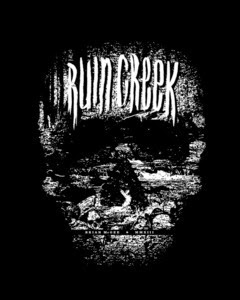 Brian McGee's third solo LP (you know, solo, as in not with Plow United), was recorded expertly by Bouncing Souls’ Pete Steinkopf. I won't claim to be an expert at alternative folk. Sure, I love old country (Johnny Cash, George Jones etc...) and loved the movie Big Easy Express (Mumford and Sons, Old Crow Medicine Show, Edward Sharpe & the Magnetic Zeros), but beyond that, I know Brian McGee. 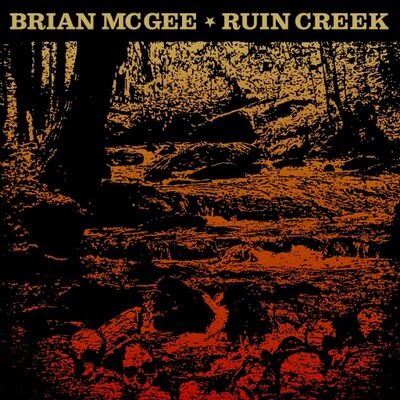 "Ruin Creek" is mostly Brian and his guitar, the strength of the songwriting compliments the authentic, naked and pure execution on the songs. I am sure Brian wasn't naked in the studio, but the music is stripped down to the honest core and "naked" is the most appropriate word. Brian is baring his soul.

Brian's friend Mary Ellen Davis from Asheville NC, returns with some guest accompaniment vocals. Mary's vocals add a dimension to "It's Alright" and "Hand in Hand" that strengthens the impact beyond what the songs would have been without. The songs still would have been great without, but this is an example of McGee knowing when to add and when to remain true to the minimalist man and his guitar theme. 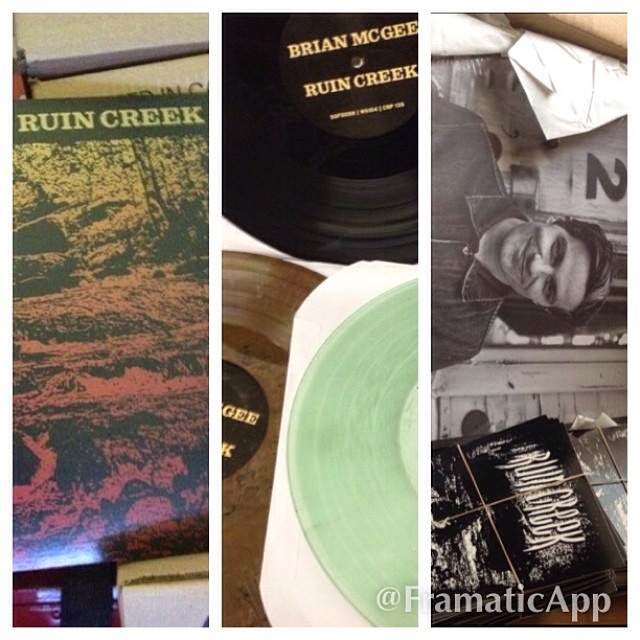 "A Little Space" is an example of Brian's storytelling ability. Adding some effected electricity to the guitar, the simplicity remains true, but adds support to the aggressive build up. A great song.

"Born in the Morning" is as close as Brian gets to providing a Plow United track. The man and his distorted guitar rips through a track that begs for Sean and Joel to jump in... 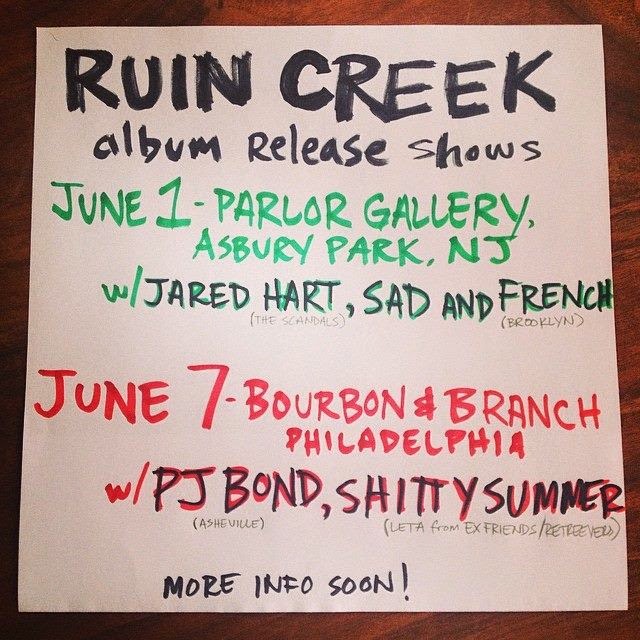 "Final Vow" is a emotionally triumphant song that sounds like it should be on a soundtrack to a movie. "Ruin Creek" is a prodigious album, start to finish.

Head on over to Manbeast's bandcamp page and you will see the description:

Head on over to Manbeast's fb page and you will see the description: 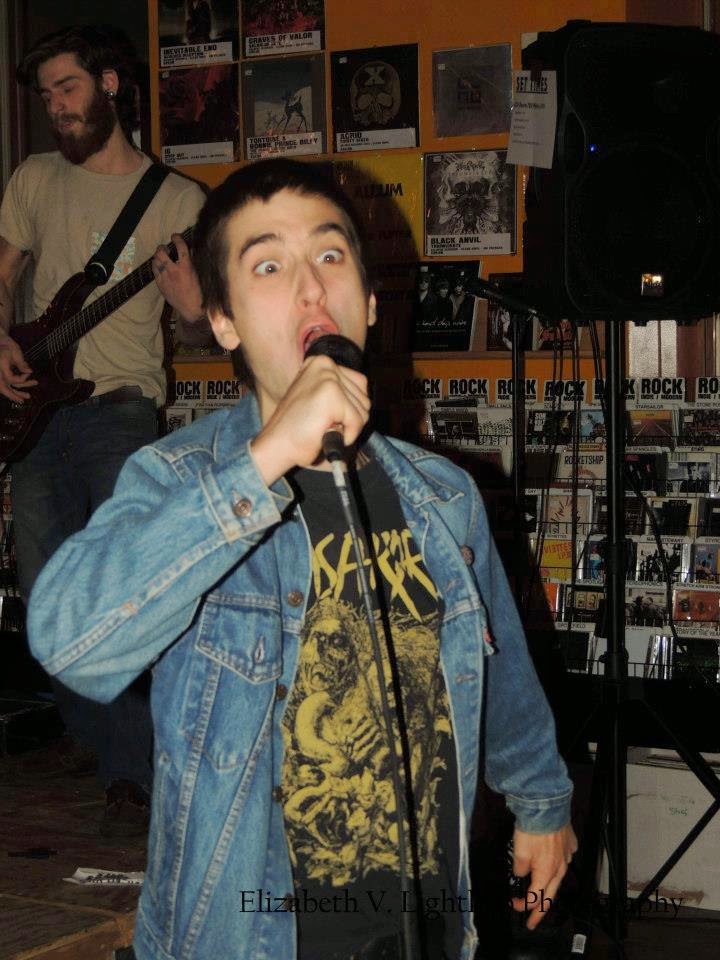 Fourteen songs span this 7" in twelve minutes, with the title track "Sore" hogging up two minutes and ten seconds. Having the pleasure of being fully immersed in the international hardcore scene in the early 1980s, these are the kind of statistics that make me smile. 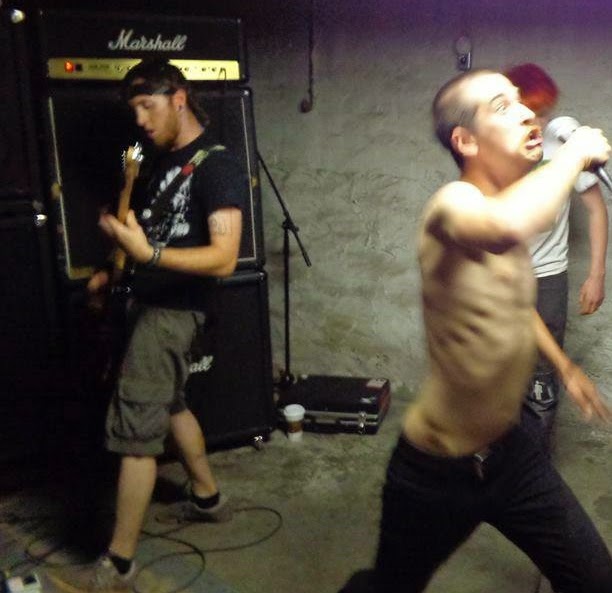 While Manbeast's roots begin in the early 1980s hardcore scene (both US and international influences), their sound covers the following decades as well. The tags are correct, there are elements of crust and powerviolence in their furcht filled songs. I was going to say angst filled songs, but changed my mind to furcht.

In German, the technical terminology of psychology and philosophy distinguishes between Angst and Furcht in that Furcht is a negative anticipation regarding a concrete threat, while Angst is a non-directional and unmotivated emotion. 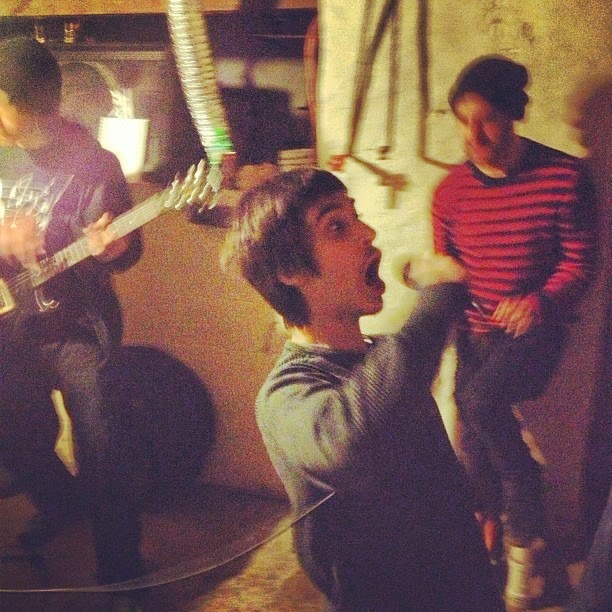 With song titles like "You Can Only Handle So Much", "Hate","Life's Repetition", "Hermit Lifestyle", "Bully II", "Look Back and Feel Bad For Myself", "Harsh Realizations", "You Can't Manipulate Me" and "Daily Physical and Mental Abuse" it is blatantly obvious Manbeast have championed their craft.

I hope to pick up a physical copy of this 7" May 31, 2014 when Manbeast opens for Urban Waste at Ratmilk in Kutztown PA.


Cheers,
Frank FOE
Posted by Frank FOE at 7:27 AM No comments:

If you have followed my blog and / or listened to Up To No Good Radio, then you know that I became a fan of Doomed To Obscurity at a legendary gig in Philly on July 21, 2012. 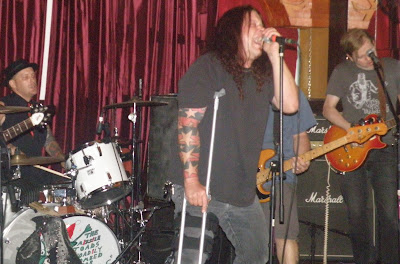 Doomed To Obscurity played a gig with US Chaos, Viletones, Revilers and Missile Toads at the Kung Fu Necktie and it was a one of those shows I will never forget. Read about it here. 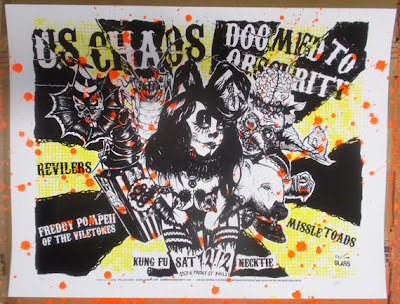 I have been listening to the songs on this 7" for the last two years as a part of the original (and also mandatory) CD.

Lucky for us, these two tracks are now available in the preferred vinyl format, complete with the following:

Limited Edition of 150 with 2 signed and numbered hand silk screened art prints inside by Dave Glass (Doomed To Obscurity drummer and artist) and Bill McRight.

Cover art collaboration Dave Glass and graffiti writer RUEN tagging the trains in the background.
Signed and numbered by the artists.


As you can hear, "Pipe Bomb" proves Doomed To Obscurity continues the proud Philly punk rock tradition. While they may not sound exactly like Decontrol, I love this band as much as I loved Philly's Decontrol way back when...

"One More War" continues the Philthadelphia hostility and aggression.

FIRES AND LIARS TO BURN
ONE MORE WAR

A great 7", with amazing packaging, by a quality Philly punk band that deserves your support. 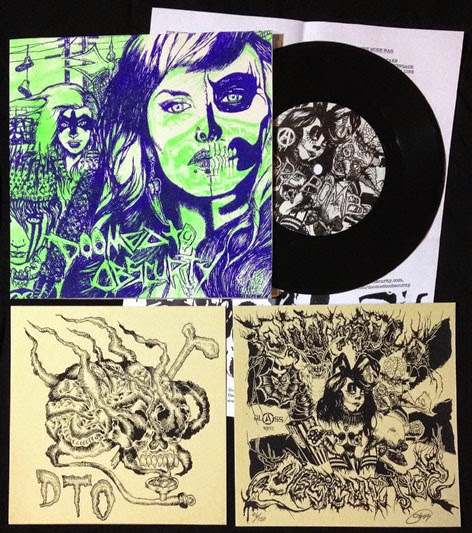 Philly's own "Clockwork Orange themed all-girl Oi! band" will have a new track on the Punk Aid 3 compilation.

You can stream or download the song right now at this link (thanks Pat): BITTER OLD MAN 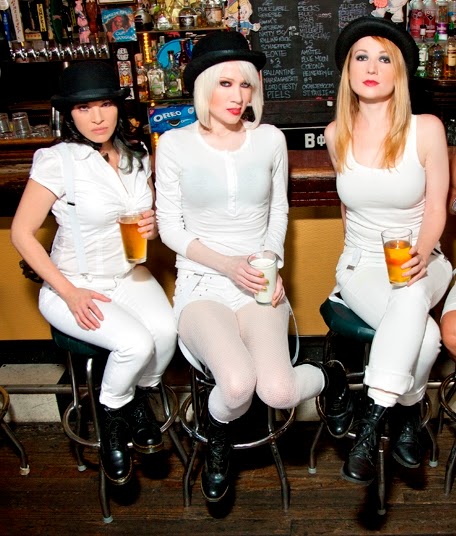 Visit Punk Aid at this link.

I had the pleasure of seeing The Droogettes with an alternate line up at PennSkate last year and instantaneously became a fan. 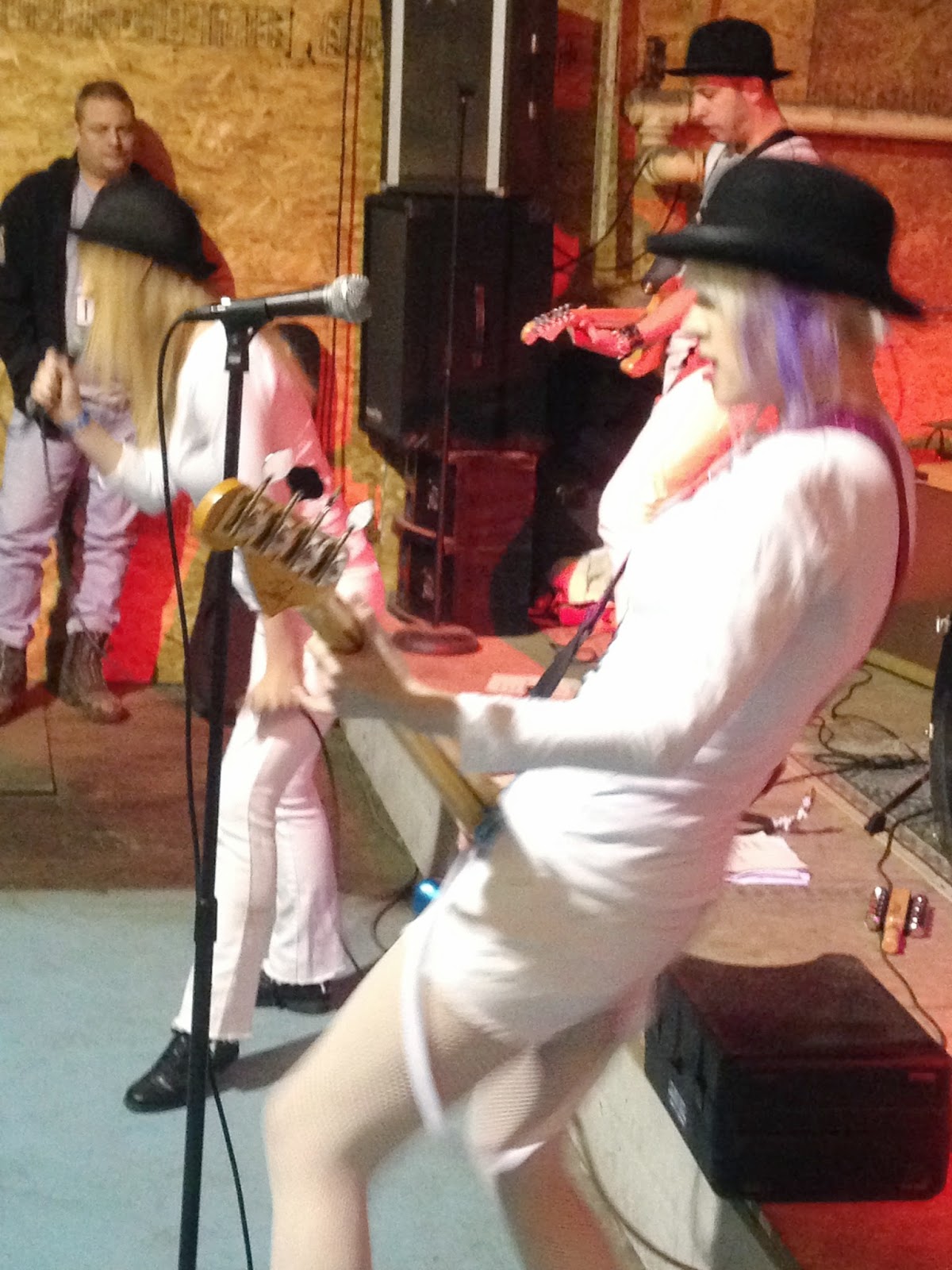 Looking forward to more from the "lovely ladies of Oi!"

You can catch The Droogettes opening for The Business in Philly on June 28, 2014.

New Jersey's Hammer Fight love to drink. Check this video of "Get Wrecked" for a sampling of their alcohol fueled excess.


Hammer Fight combine the straight forward metal aspects of Motorhead, the over the top excess of Carnivore, the street smart punk attitude of Philadelphia's Limecell and drunken speed metal attack of Gang Green. Their musical chops are as impressive as their abilities to drink refrigerated truckloads of alcohol.

Hammer Fight "Chug of War" is a hedonistic, debauchery filled ride, without limits.

If you can relate to the song title "I Didn't Feel Like Drinking, Until I Started Drinking" you WILL LOVE "Chug of War". 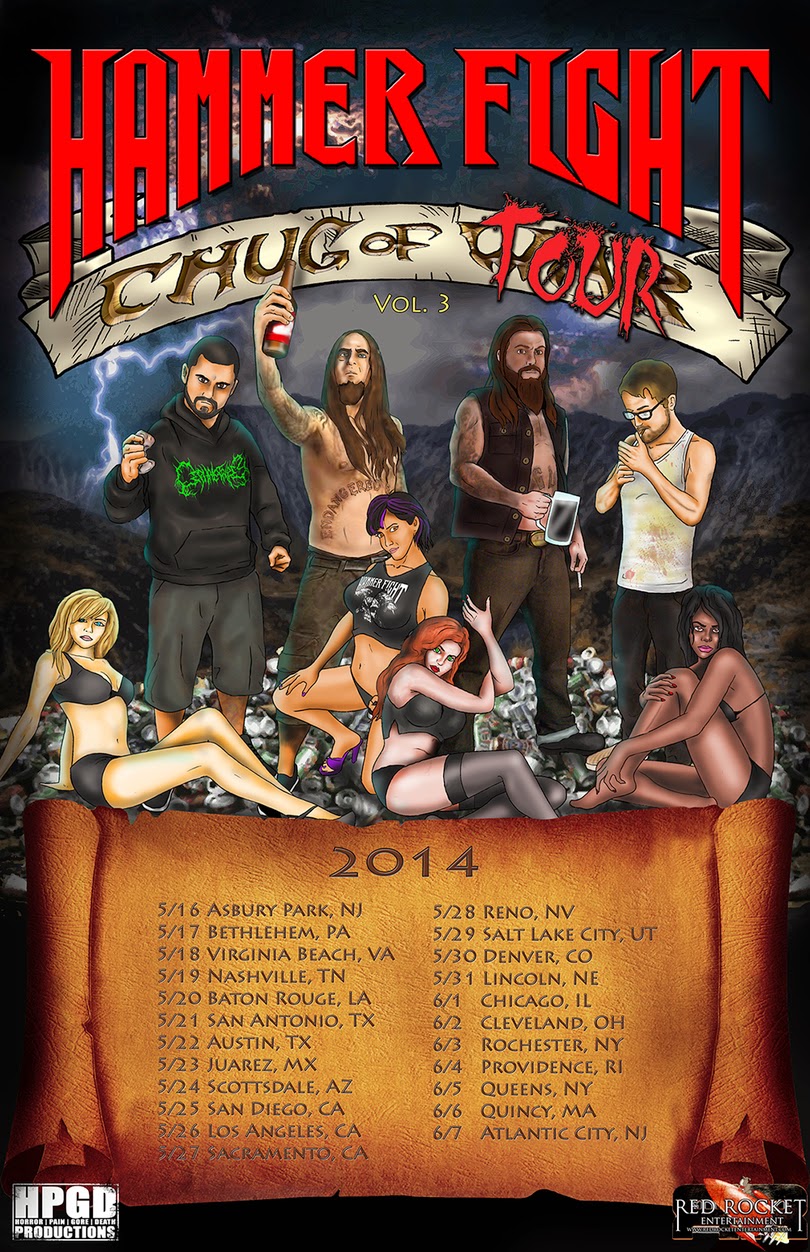 See you at Jabber Jaws!