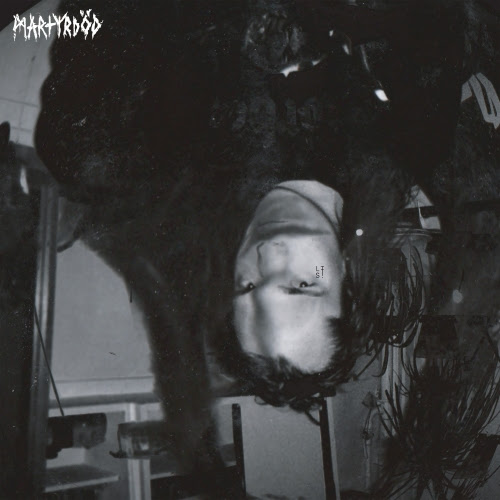 Before the internet.
Before paypal.
I sent well concealed cash in the mail to Sweden.
Swedish hardcore bands would then send me their 7"s in return.
This was a big part of the 1980s for me.

Sweden's Martyrdöd combines that old dbeat hardcore from the 1980s with a guitar lead approach that gives the bleak style of music on "List" an even greater apocalyptic feel. Crusty, chaotic and punishing. 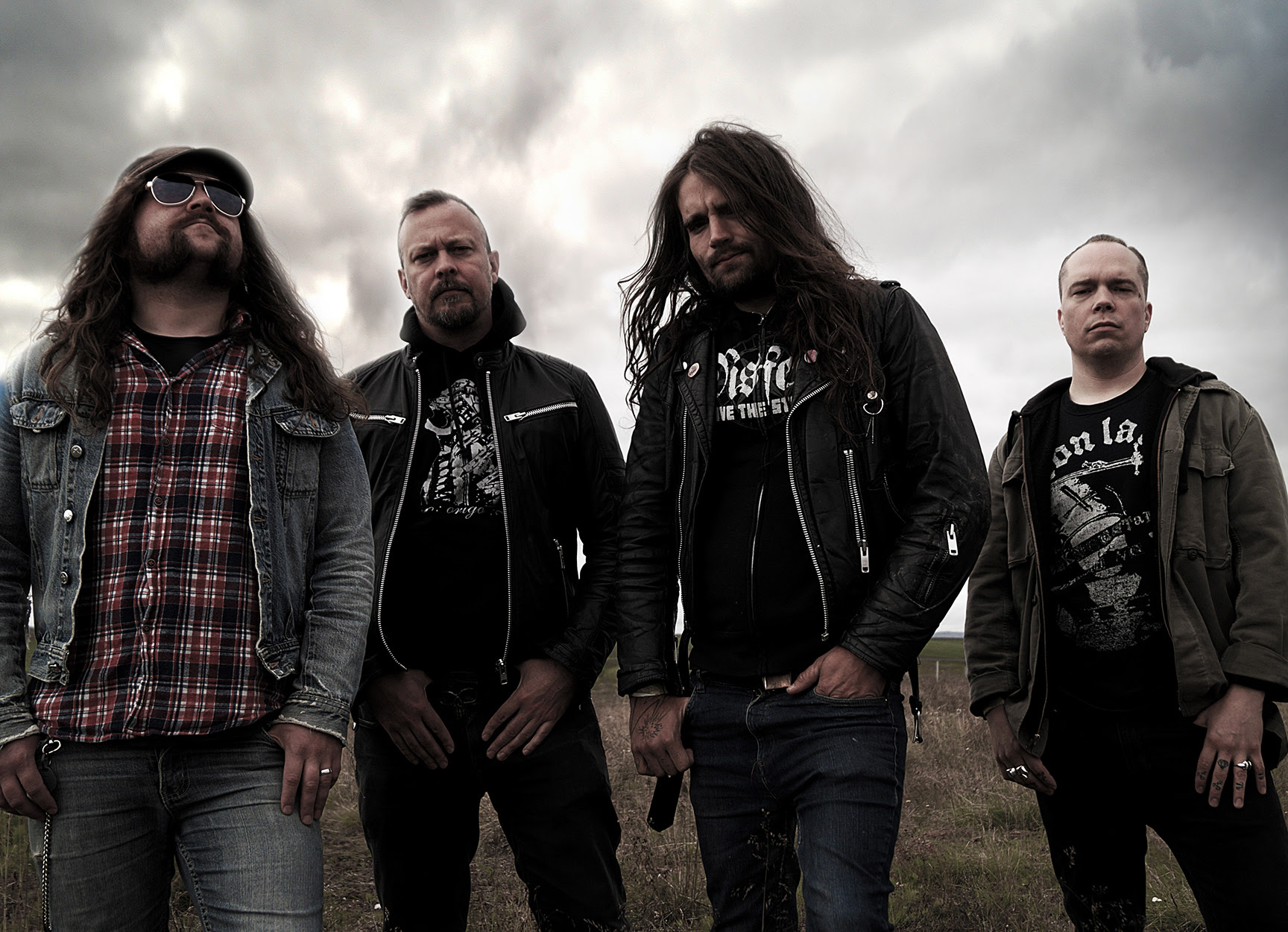 Head over to the bandcamp page http://martyrdoedsl.bandcamp.com/releases and give the title track and "Intervention" a listen.

Check out the video for "Harmagedon". Martyrdöd "List" continues the Swedish tradition of providing the soundtrack for the imminent apocalypse. 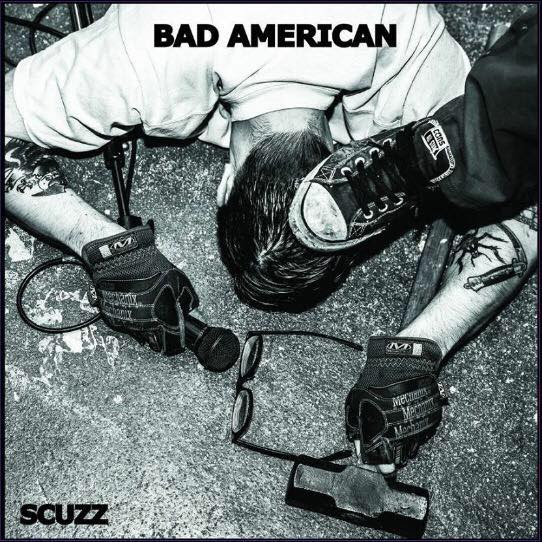 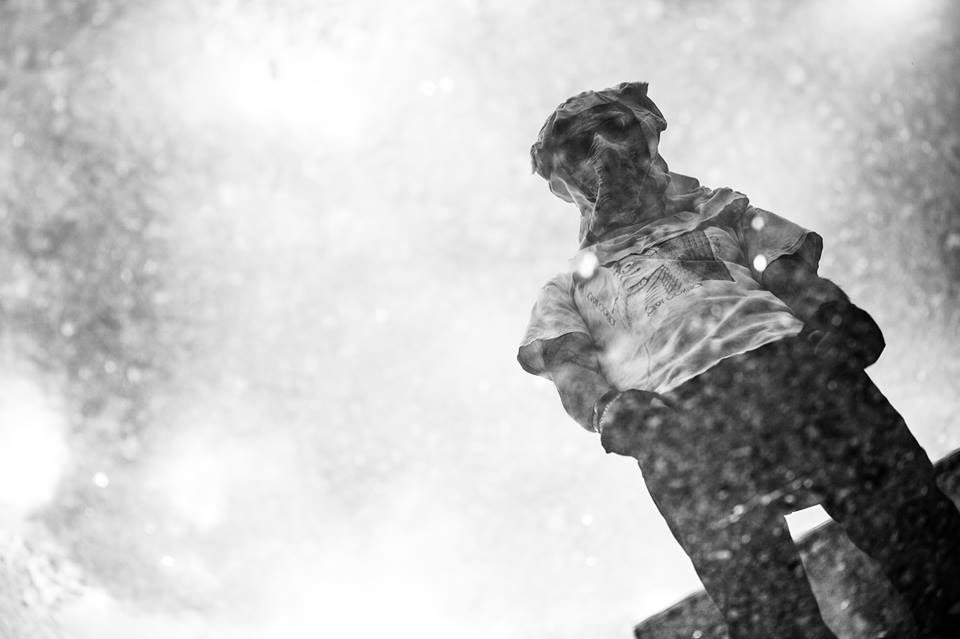 Bad American has shared two of the seventeen tracks that make up "Scuzz" on their bandcamp page:  http://badamerican.bandcamp.com/album/scuzz


The video for "Leather Candy" is as fantastically disturbing as the song and is the evilest of them all.

There are 300 pressed on vinyl. 100 clear. 200 black. Get it at Lost Soul Skateboards:
http://lostsoulskateboards.bigcartel.com/product/bad-american-scuzz-lp
or visit Ray at Double Decker records in Allentown...

Check out Bad American live, November 25, 2016 at the Alternative Gallery in Allentown PA: 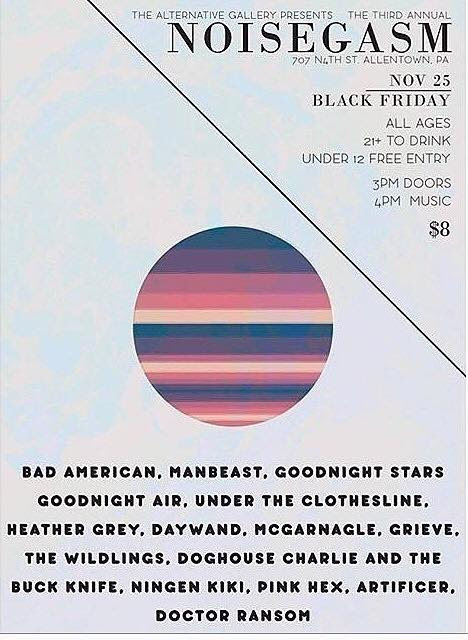 Other times I have reviewed Bad American:
https://frankfoe.blogspot.com/2012/04/bad-american-pretty-ugly-lp-review.html 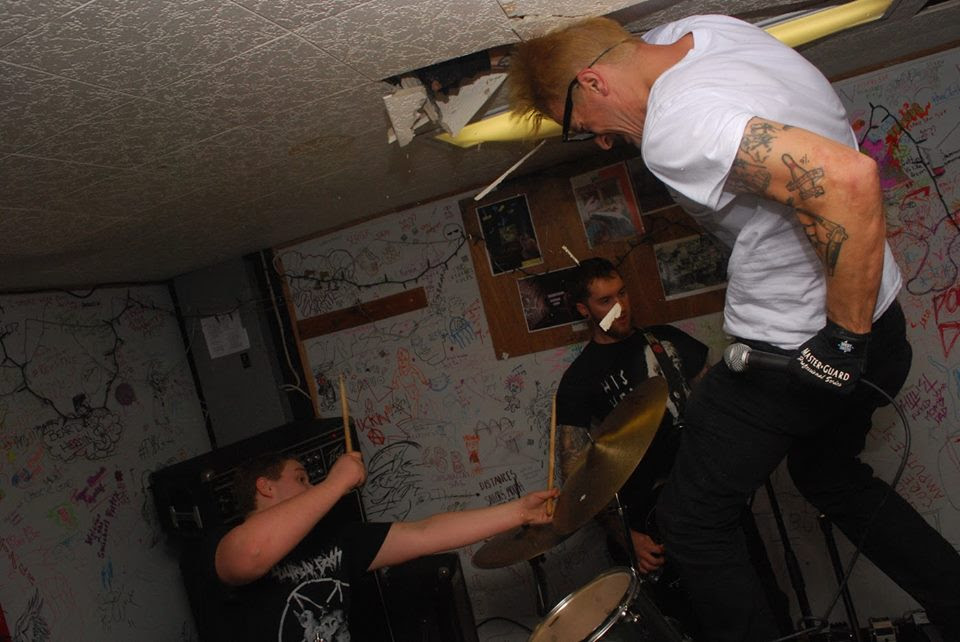 Vist Bad American at these locations:

http://lostsoulskateboards.bigcartel.com/product/bad-american-scuzz-lp
Posted by Frank FOE at 7:22 AM No comments: 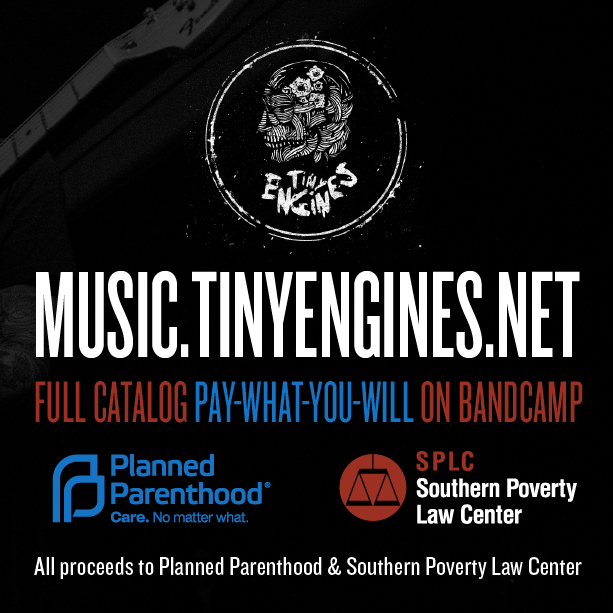 Right now (November 15, 2016) the full Tiny Engines digital catalog is available for 'Pay What You Will' on Bandcamp with 100% of the proceeds going to Planned Parenthood and Southern Poverty Law Center.

From the Tiny Engines press kit:

The Southern Poverty Law Center is dedicated to fighting hate and bigotry and to seeking justice for the most vulnerable members of our society. Using litigation, education, and other forms of advocacy, the SPLC works toward the day when the ideals of equal justice and equal opportunity will be a reality.

So yeah, go here: http://tinyengines.bandcamp.com/music
Name your price.
Help some organizations.
Expose yourself to some great music.
Download some awesome music.
Don't forget to pay for some vinyl too.
Maybe pay a decent amount for one and download a bunch.
You'll figure it out.
Plus you can listen before you "pay what you will".

In case you aren't familiar with Tiny Engines, I would recommend starting off with these releases (my top dozen favorite Tiny Engines releases if you will):

Bonus is the Dikembe/Jazz June split... but I figured you already had that one.. 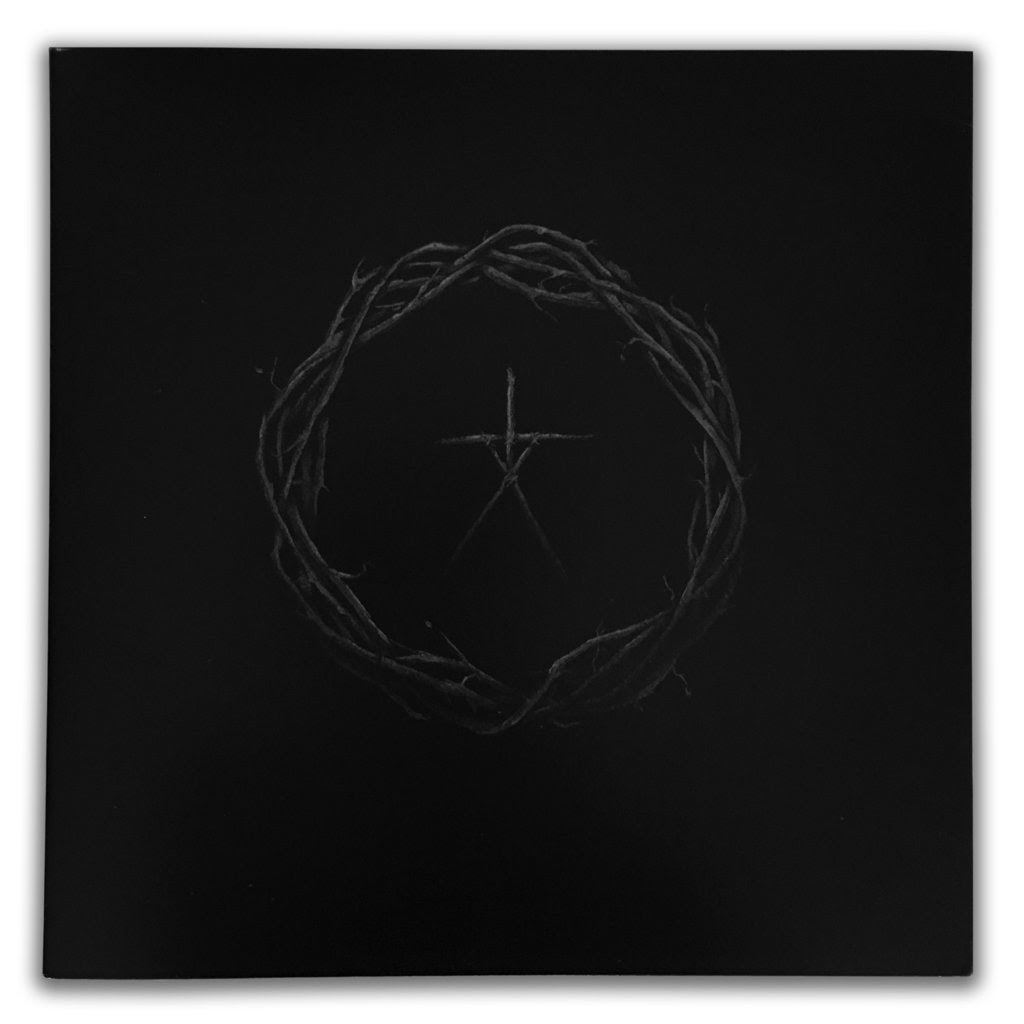 The movie Blair Witch Project was released in 1999 and blew my mind.

Completely scared the hell out of me. The movie fascinated and intrigued me. I'm currently also loving American Horror Story Roanoke and this season of AHS pays tribute to The Blair Witch Project.

It is on my must see list. The trailer (see below) gave me chills.

So yes, being a musical (vinyl) nut first, movie person second, I of course bought the soundtrack on vinyl before seeing the movie. It is a "limited one time pressing of 1,000 units. Pressed on 180 Gram Black As Night Vinyl". Gatefold sleeve. I love soundtracks on vinyl. 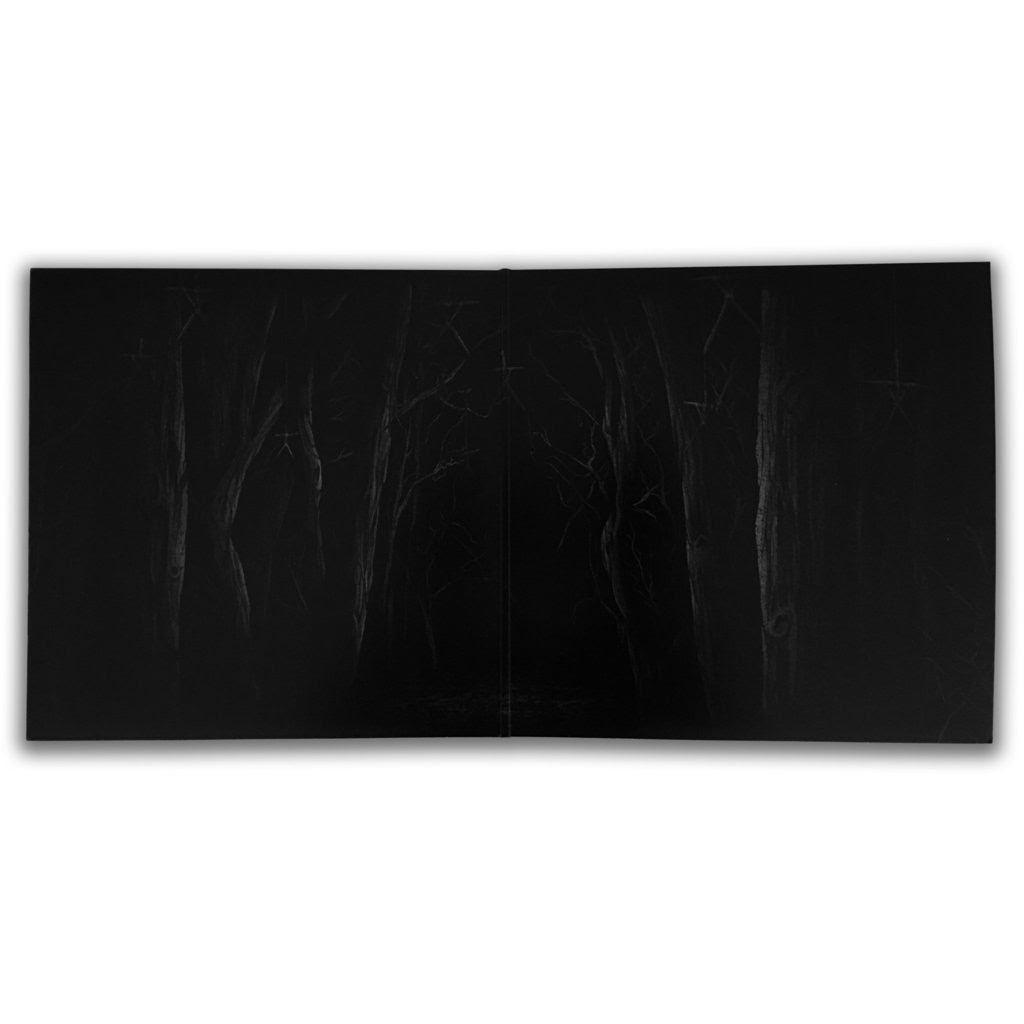 The ambient music succeeds independently from the movie.

The mood here is "Scary as all hell".

Doubt me? Give it a listen to on Spotify, with the headphones on, lights out, when you are alone in the house at 3:00 AM. Or seriously, just listen to it with the lights on, kids in the other room, in the middle of the day.


Next Halloween, play this loudly at your house rather than that silly chain clanging, door creaking "horror soundtrack". This will keep the trick or treat youngsters away.

I played this entire soundtrack while reading Chapter 3 "Destiny" from the book "Drinking: A Love Story". The chapter, as horrific as it would be on its own, was far more horrific with this playing from my turntable.

Seriously. Turn the lights out, put the headphones on and drop a needle on this vinyl soundtrack. Just go with it.

Thanks to the fine folks at Mondo Tees for bringing this to life.

See you in Bethlehem!