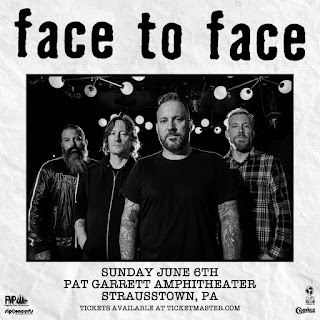 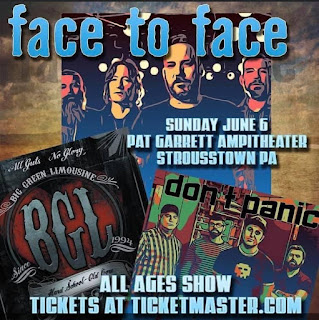 Missed the Less Than Jake show that happened at Pat Garrett Amphitheater on Friday June 4, 2021. Missed the Slackers play at Levitt Pavilion on Saturday June 5, 2021 in Bethlehem for free. Was not going to miss Face to Face!

I have been a fan of Face to Face since Doc Strange first sent me their first LP. I have seen Face to Face multiple times and would see them again and again.

The Pat Garrett Amphitheater has become on of my favorite venues. Great food and drink with reasonable prices. Great sound, atmosphere and the show started and ended promptly. 4 star venue.

Face to Face killed it. They were excited about the venue too. Played a lot of early material. Announced they will be releasing a new album on Fat! I actually skanked around a bit even though I just found out I am older than singer/guitarist Trever Keith by three years. Time flies. I would go see Face to Face every time they played within driving distance. 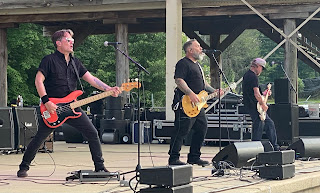 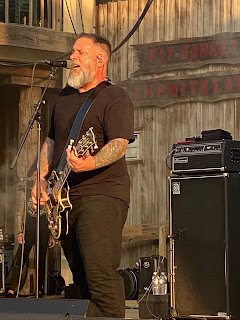 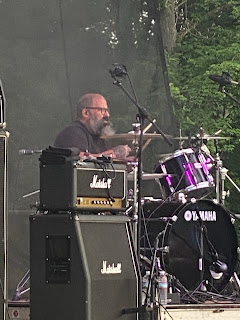 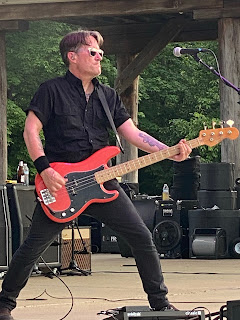 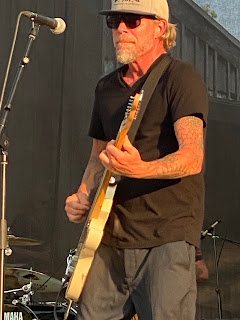 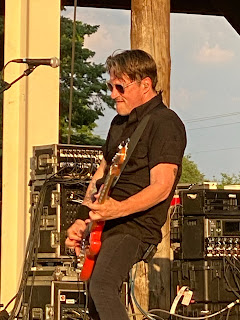 My friend Bix couldn't make the show, so I texted him a photo of the Face to Face merch table and picked him up a shirt. 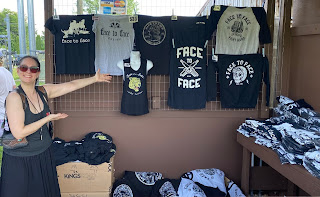 I didn't know either of the openers before the show. Which is fine as I am an old man and do not keep as close a tab on the scene as I did 30-40 years ago. Glad I got to see both bands and have become a fan.
Don't Panic are from Northeast Poconos area of Pennsylvania and play a professional, energetic blend of power pop and pop punk. At times they remind me of Smoking Popes, Hagfish, early Weston and Bowling for Soup. I even bought their "See Through It All" album on vinyl! I've listened to it multiple times this week. Great listen. I will most likely get to see them at least two more times this year. They will be opening for the Queers (name dropped in their song "Summer of 99") in Easton Pennsylvania and then again opening for Bowling For Soup in Harrisburg. 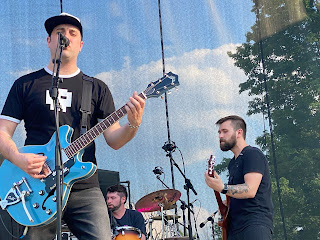 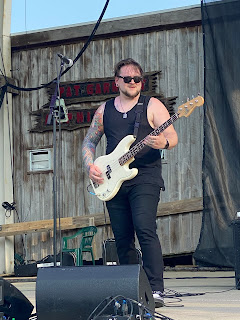 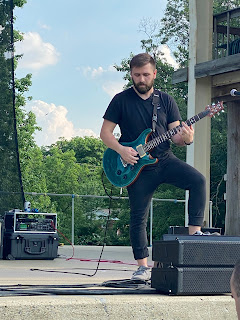 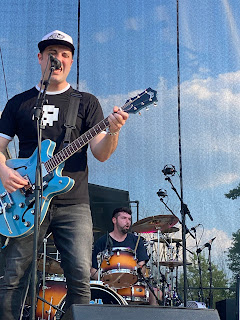 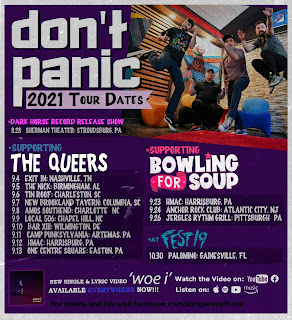 Opening band Big Green Limousine have been around for 20+ years, so yeah, I may be out of touch. Philly or Phoenixville or elsewhere in Pennsylvania is their locale. They rocked. Don't understand why I didn't know about them. They carried themselves like they've been around 20+ years, packing a punch to their punk and rock. 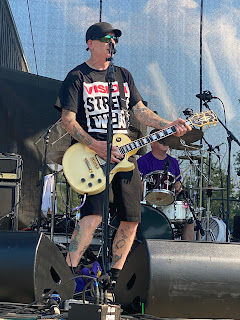 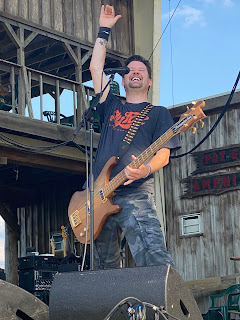 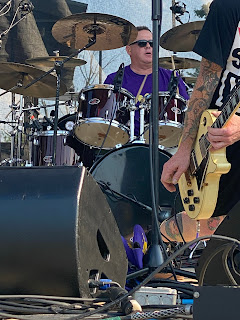 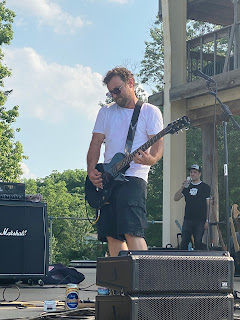 This was a great day. Met a ton of cool people, including Brandon Gepfer who is assisting with running these shows as is my old friend Frank Phobia. I got to see one of my all time favorite bands in Face to Face as well as enjoying two new bands! I ate the biggest and best street taco I've ever consumed and washed it down with some homemade sweet tea (pretending I was down south, sweet tea is one of my favorite things about the south). The weather was perfect and the Sunday show ended soon enough that I got home at a reasonable hour (Face to Face went on shortly after 7:00 PM) and I didn't have to burn a vacation day on Monday due to missing my eight hours of sleep.
I got to see the show with my magnificent and lovely daughter. That's the best.
Life.
Cheers,
FOE
Face to Face
Don't Panic
Big Green Limousine
Pat Garrett Amphitheater