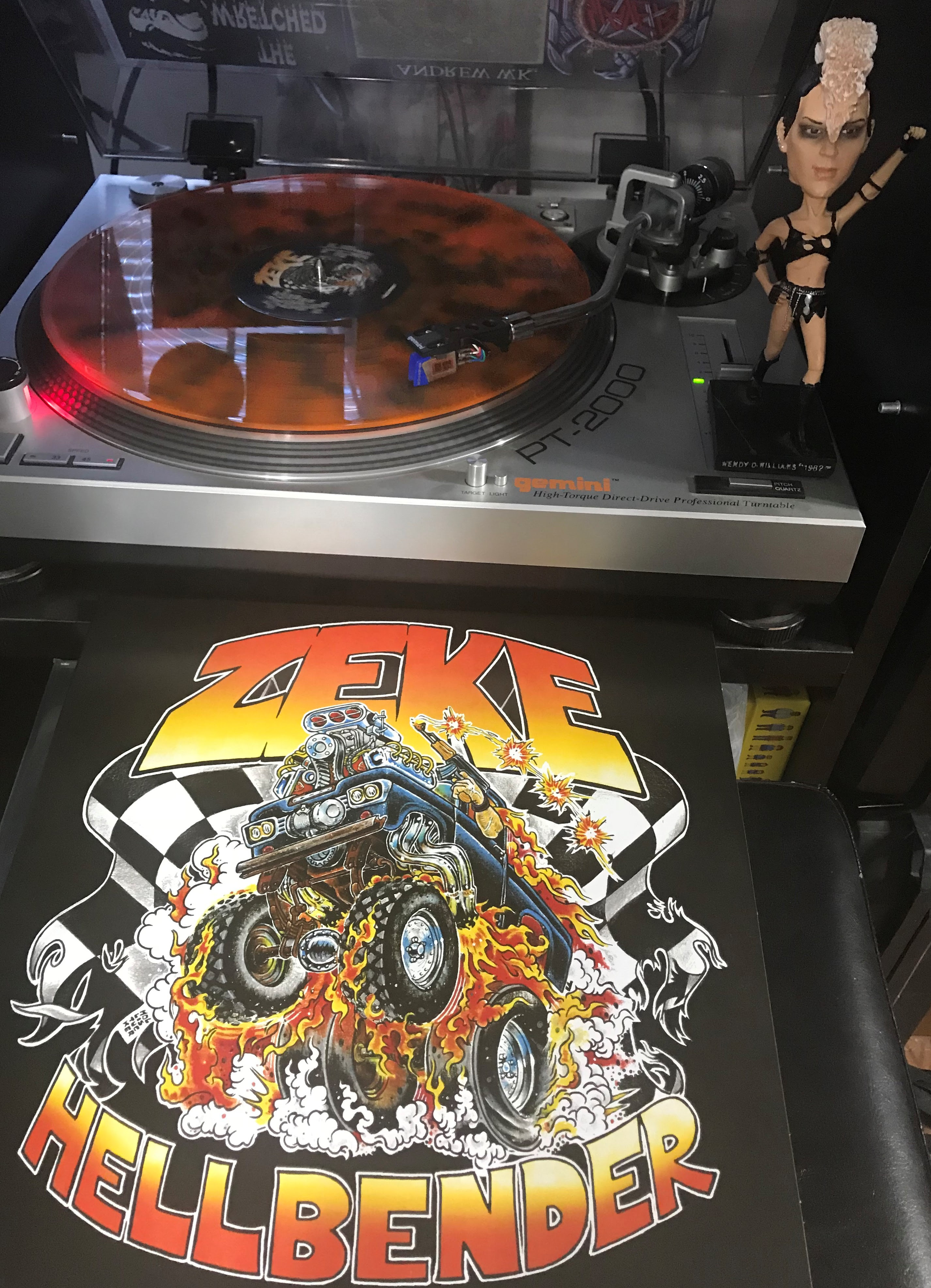 Sometimes I don't think I need to tell people about things... assuming they already know.

You do have the Zeke LPs... right? I mean everyone has "Super Sound Racing", "Flat Tracker", "Kicked in the Teeth", "Dirty Sanchez", "Death Alley", "Til the Living End" etc... right?

So when you hear Zeke is releasing a new album after 14 years you just know to get it. Right?

Zeke goes from zero to 60 instantaneously. It is just... GO!
There's no buildup, no let's work our way in to this thing, no dipping the toe in the water to see if the temperature is OK... Think vintage AC/DC and Motörhead played on 45 instead of 33 then add Blaine from The Accüsed / Fartz barking at you and you have Zeke.

Zeke is... strip off your clothes and just cannonball into the deep end of the pool.

Zeke fills a need in my life and I thank them.

Give it a listen. I would say to strap in... but this ride is better without the seat-belt!