According to Devo's website, there were 1,037 of these twelve inch records produced.

Founding member Gerald Casale branches out on his own with the help of Phunk Investigation to give us a track that could have been off of Devo's "New Traditionalists". Check the video below:

Gerald Casale - It's All Devo from MVD on Vimeo.

Gerald continues the devolution theme as we continue down the same path, "I don't want to be a part of the new world order".

Devolution, de-evolution, or backward evolution is the notion that species can revert into more "primitive" forms over time.

Thank you Devo. Thank you Gerald. As a fan of 12" singles, with various remixes and interpretations of the songs, I also love this record. 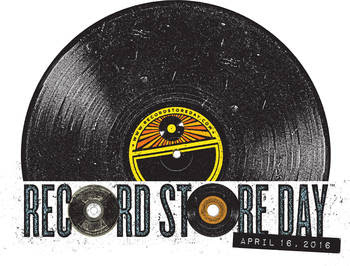 TOP TWENTY
RECORD STORE DAY RELEASES
(that I will be looking for)
APRIL 16, 2016

These are the twenty Record Store Day Releases that I am looking forward to on April 16, 2016. If I find them and I have enough money, these are the gems I'd love the opportunity to drop a needle on!

For the complete listing of releases go here: http://www.recordstoreday.com/ 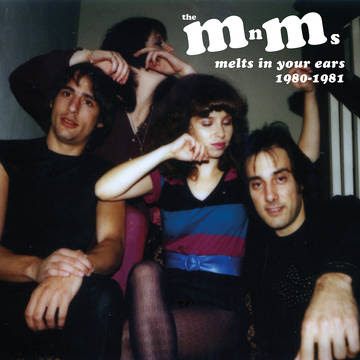 Thirteen unreleased tracks taken straight from the tapes of Marci Marks - lead singer of 1970s power pop obscurities Mn'Ms, featuring Paul Collins of The Beat and The Nerves!!! They released one single in 1979 and recorded a dozen other songs that have been sitting in a drawer in a room for over 35 years!!! We've had legendary mastering engineer Bill Inglot take the songs from these old tapes and what we have is a lost power pop record being released and heard for the first time ever, anywhere!!!

2. Gwar "Scumdogs of the Universe" 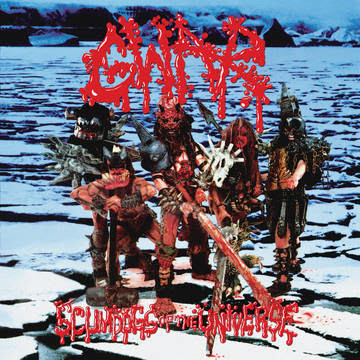 GWAR celebates Record Store Day with a GWAR logo pop up album art piece. The music itself is pressed on a double LP set. Limited to 3000 copies 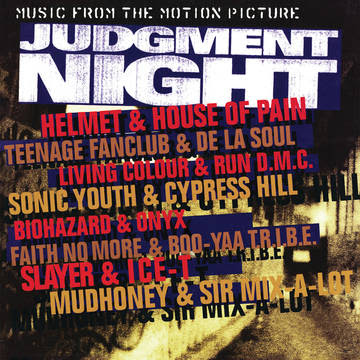 First U.S. domestic pressing and first time ever on colored vinyl. This groundbreaking soundtrack paired the biggest underground alternative rock acts of it's time with some of the biggest rap acts in the country to create one of the single most important soundtracks of the last 20 years. This Record Store Day exclusive album is presented in a standard LP jacket, limited to 2000 copies. 1700 on red vinyl and 300 split red/black vinyl randomly inserted.

4. The Faction "Yesterday Is Gone" 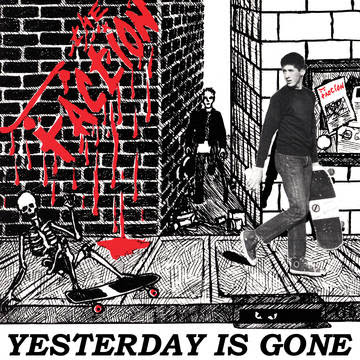 Featuring legendary pro skater (and founding member) Steve Caballero, this is the first FACTION record ever released. Originally released in 1983 and as a 7" limited to 1000 copies. Out of print now for around 32 years; this is now being reissued as a 12" restored and remastered for a louder, better sound then ever before! This also contains two extra songs that were not on the original release (both being on the Thrasher Skate Rock Volume 1 comp!). 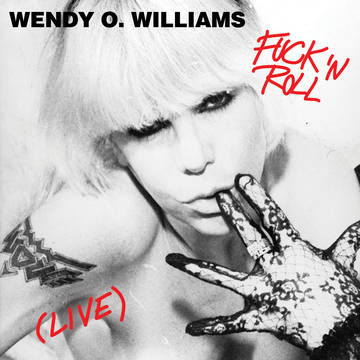 Previously released only on cassette and long out of print, this is the classic Wendy O. Willams band live in 1984 at the L'Amour in Brooklyn, NY. Released in a limited edition of 1500 for Record Store Day.

6. Joan Jett and the Blackhearts "Sinner" 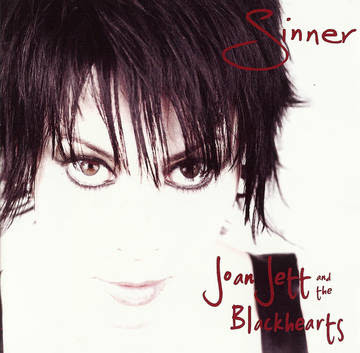 RSD's 10th Anniversary version of Sinner. Released in 2006, the album contains the orgininal fourteen tracks, on 150gram clear vinyl, includes a download card with the full album plus bonus enhanced footage including videos for "A.C.D.C." and "Androgynous" as well as a pdf of lyrics. Limited to 4000 copies 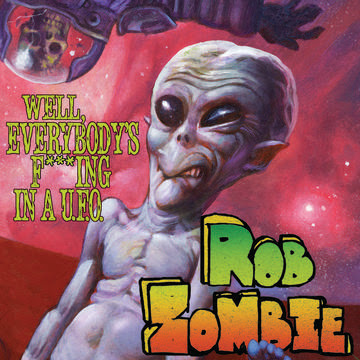 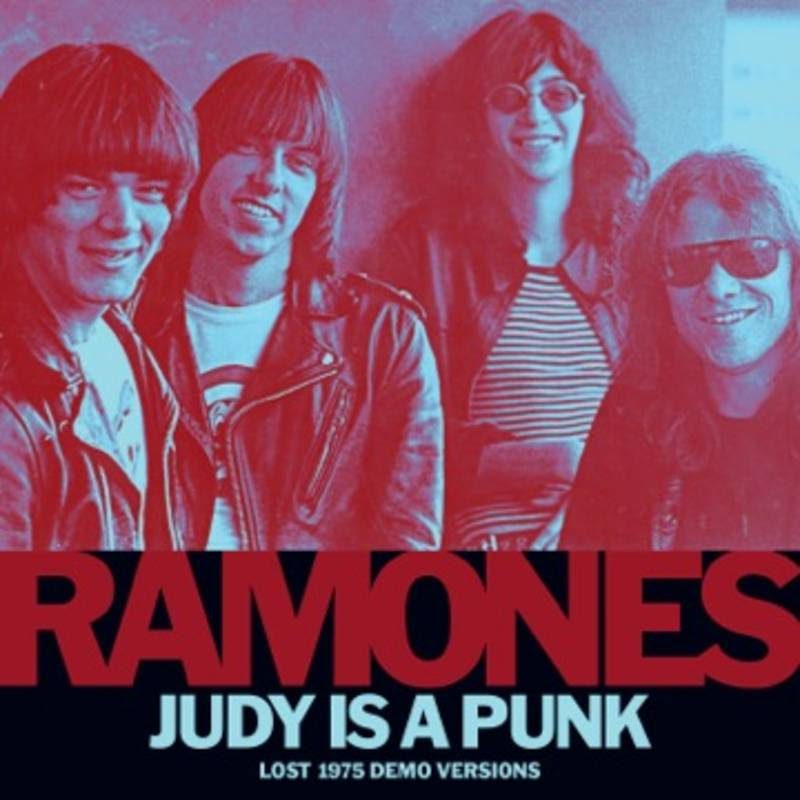 Recently discovered 1975 lost demo alternate versions of "Judy Is A Punk". Straight from the original demo master tape. Miriam Linna (Cramps, A-Bones) left Ohio in 1975 in search of the Ramones and found them through working for the legendary record man, Marty Thau. Just prior to Marty launching the groundbreaking Red Star Records label, he funded these first Ramones demos. 30+ years after first meeting Marty, Linna and her husband Billy Miller of the infamous Norton Records label purchased these recordings. Miriam's search for the Ramones was indeed complete! While listening to this demo tape in the Fall of 2015, these alternate versions were discovered. They are presented here for the first time. Limited to 1,000 - 200 Colored vinyl pieces randomly shipped. 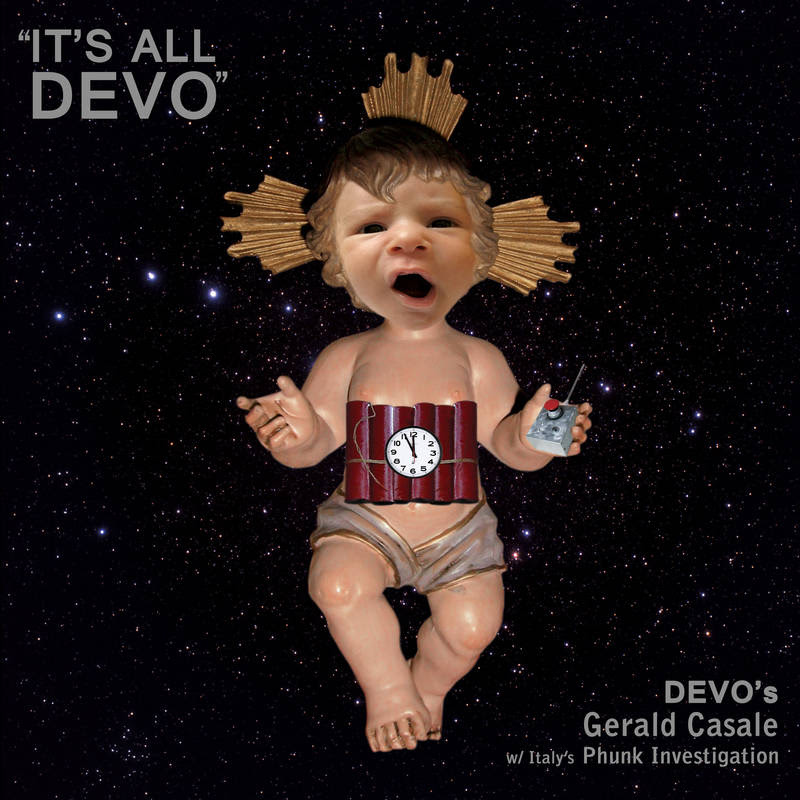 Jerry Casale, founding member of DEVO, releases these brand new recordings with some help and remixing from Phunk Investigation. 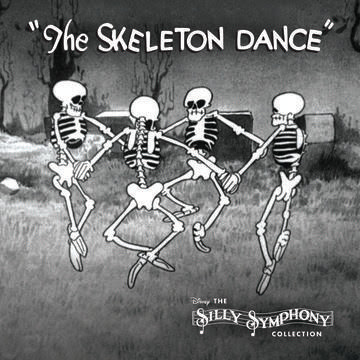 Walt Disney’s Silly Symphony short films were a series of 75 shorts produced by Walt Disney Productions from 1929 to 1939. These shorts were a workshop for experimentation in the animation process. They also provided a venue to try out techniques and technologies that would eventually be used in feature-length animated films. This limited edition Record Store Day 10” vinyl single features “The Skeleton Dance” on the A side and “Three Little Pigs” on the B side, two of the most popular and most revered of the Silly Symphony Collection. Time to play a Record Store Day record for the little ones. Limited to 2500 copies.

11. "How to Train Your Dragon" Soundtrack 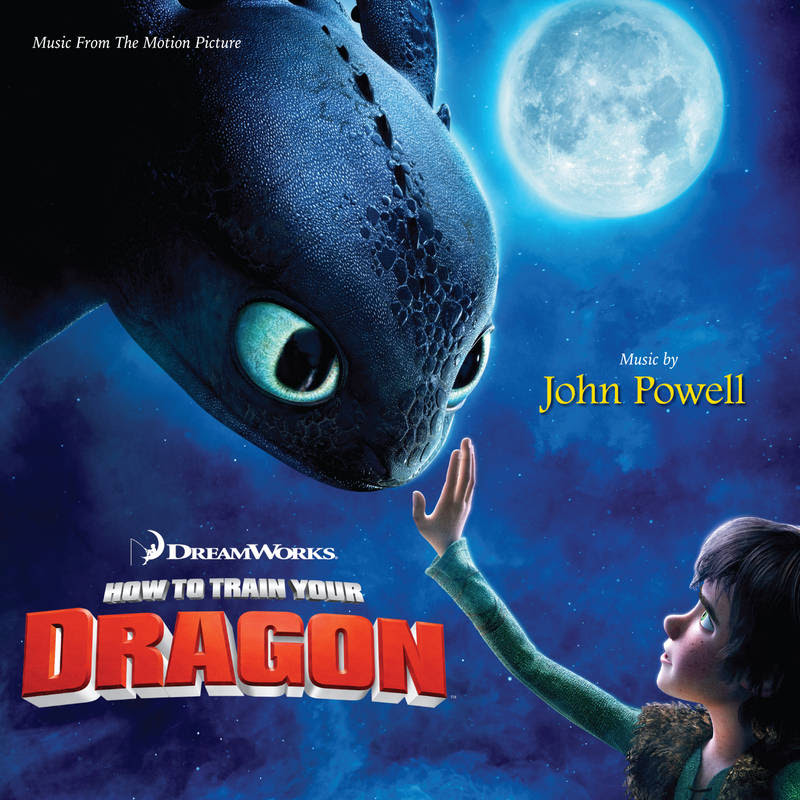 For Record Store Day, this soundtrack is pressed on 180g green vinyl with white veins and black labels to emulate a "Dragon's Eye". With a four-color poster inside, this “Dragon Eye” green LP is numbered and limited to 2000 copies so don't try to buy more than that! Includes the track "Sticks and Stones" from Jonsi of Sigur Ros. 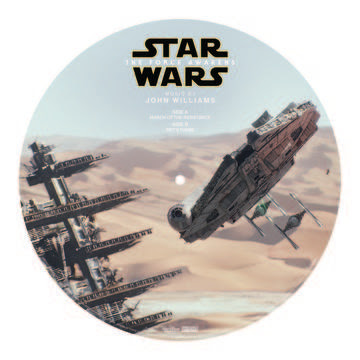 
"March of the Resistance"/"Rey's Theme" 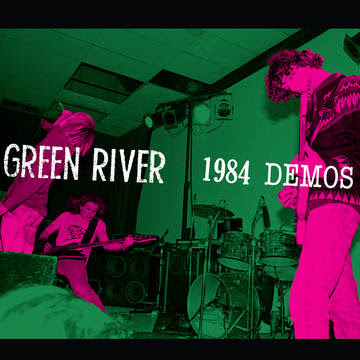 33 Revolutions Per Minute
Leeech
10,000 Things
Means To An End
New God
Baby Help Me Forget
Take Me
Against The Grain 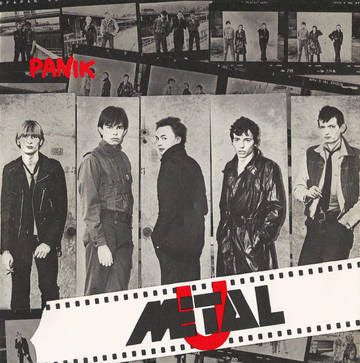 15. MDC "This Bloods For You/ Millions of Damn Christians!" 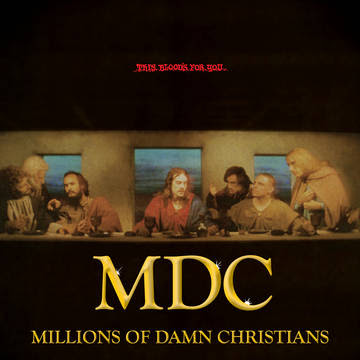 For the first time on vinyl since it originally came out in 1987. Beer City Skateboards and Records is proud to bring you the political hardcore punk legends M.D.C.s third full length; M.D.C.- This Bloods For You/ Millions of Damn Christians! This contains the original full length restored and remastered for a louder, better sound then ever before. To top it all off only 1000 of these will be pressed on clear vinyl for RSD 2016! 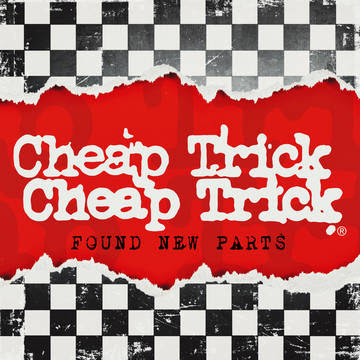 Cheap Trick are an indisputable American institution, beloved by record stores around the globe since 1974. The band – Robin Zander (vocals, rhythm guitar), Rick Nielsen (lead guitar), Tom Petersson (bass guitar), and Daxx Nielsen (drums) – are truly one-of-a-kind pioneers with an unparalleled streak of certifiably classic tunes such as “Surrender,” "I Want You To Want Me” and "Dream Police."  This Record Store Day 10" vinyl record includes one exclusive track called “Arabesque”  Limited to 4000 copies.

1. When I Wake Up Tomorrow
2. No Direction Home
3. Do You Believe Me 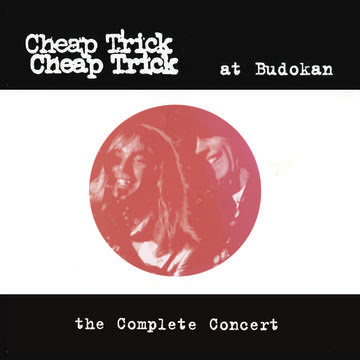 In April 1978, Epic recording artists Cheap Trick capitalized on their wild popularity in Japan by performing and recording two shows at the Nippon Budokan located in the center of Tokyo in front of 12,000 screaming fans. In February 1979, the legendary 10-track Cheap Trick at Budokan was released and the album peaked at number 4 on the Billboard 200 and became the band’s best selling album with over 3 million copies sold. In honor of Record Store Day, and for the first time on vinyl, Legacy Recordings presents ‘At Budokan: The Complete Concert’ - featuring all 19 thrilling live performances featured during those historical shows over two LPs on 150 gram vinyl. Limited to 5000 copies. 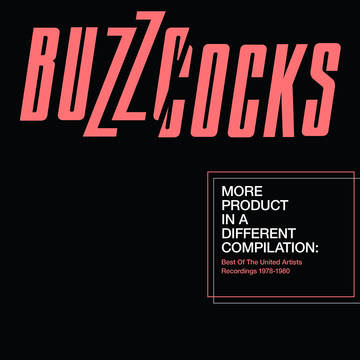 More Product in a Different Compilation showcases the best of The Buzzcocks' recordings for United Artists Records on two LPs. The compilation covers the short time span between 1977 and 1980, when the band released three albums and some thirteen singles. Nearly every single A-side is included here, along with an array of B-sides (which oftentimes matched their counterparts) and indispensable album tracks. In this period, the Buzzcocks virtually invented the (yet to be named) genre of “pop punk”, scoring instant classics with songs such as “What Do I Get,” “Ever Fallen In Love With Someone (You Shouldn’tve),” and “Love You More”. Limited to just 3,000 copies worldwide, this orange vinyl 2LP set was pressed exclusively for Record Store Day 2016.

Side 3:
1 Something's Gone Wrong Again
2 Everybody's Happy Nowadays
3 Why Can't I Touch It?
4 You Say You Don't Love Me
5 I Don't Know What To Do With My Life

Side 4:
1 I Believe
2 Hollow Inside
3 Are Everything
4 Why She's The Girl From The Chainstore 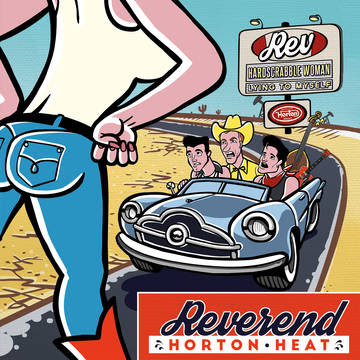 This Record Store Day release features "Hardscrabble Woman" and a brand new track on a limited edition colored 7" vinyl, with a digital download card. The artwork is from the video made especially for Record Store Day. Limited to 3000 copies.

1. Hardscrabble Woman
2. Lying To Myself 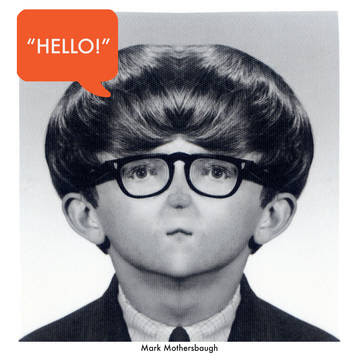 New music from DEVO's Mark Mothersbaugh on limited edition one sided 12" vinyl! B side has an etching of artwork that Mark did as a kid. 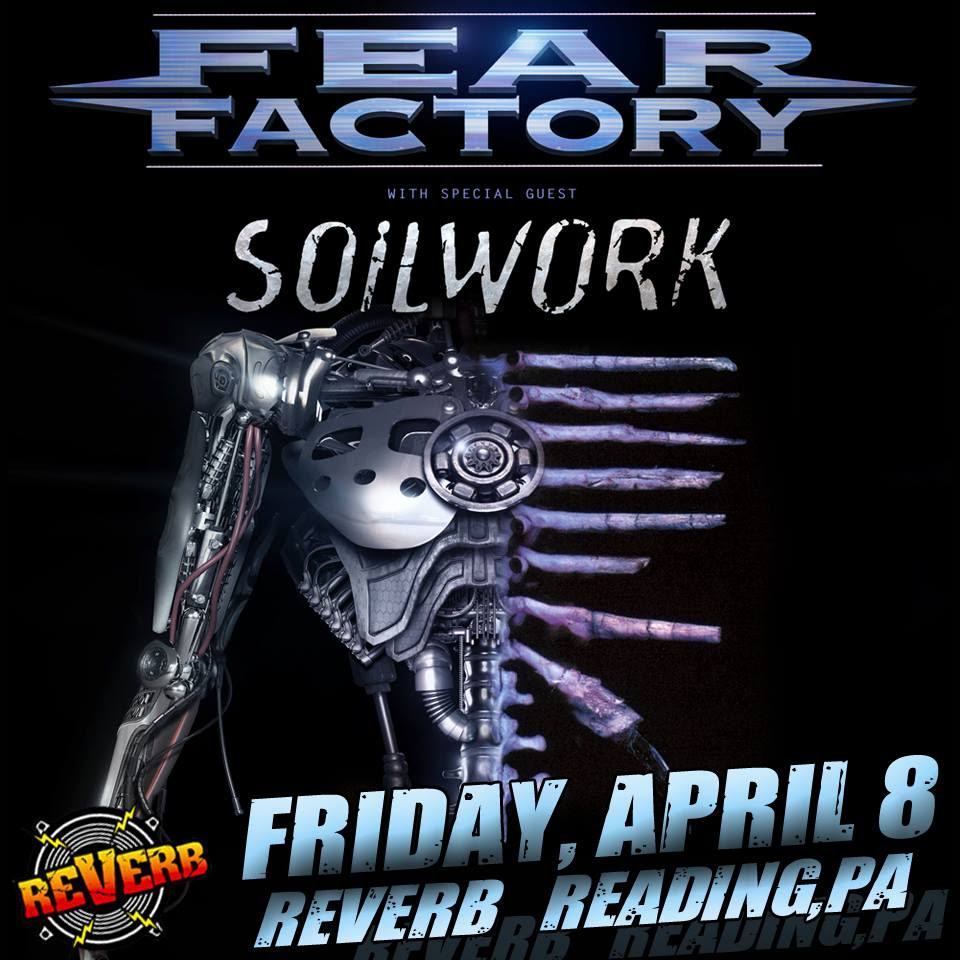 They will be playing the entirety of "Demanufacture" to celebrate the 20th year anniversary of the classic LP. And by classic, I hope you realize this record went GOLD.

I truly hope that the word "entirety" means the band will include the covers of "Dog Day Sunrise" (which was on the standard edition of the album) and "Your Mistake" (which was a bonus track on some editions). I will lose my mind in Reading if they pull out the Agnostic Front cover.

See, when this album came out, not only was it groundbreaking in style, but this band earned mega points by covering both Head of David AND Agnostic Front. Up until that point, I thought I might be the only person who loved both of those bands. From that moment on, Fear Factory earned a spot in my heart. 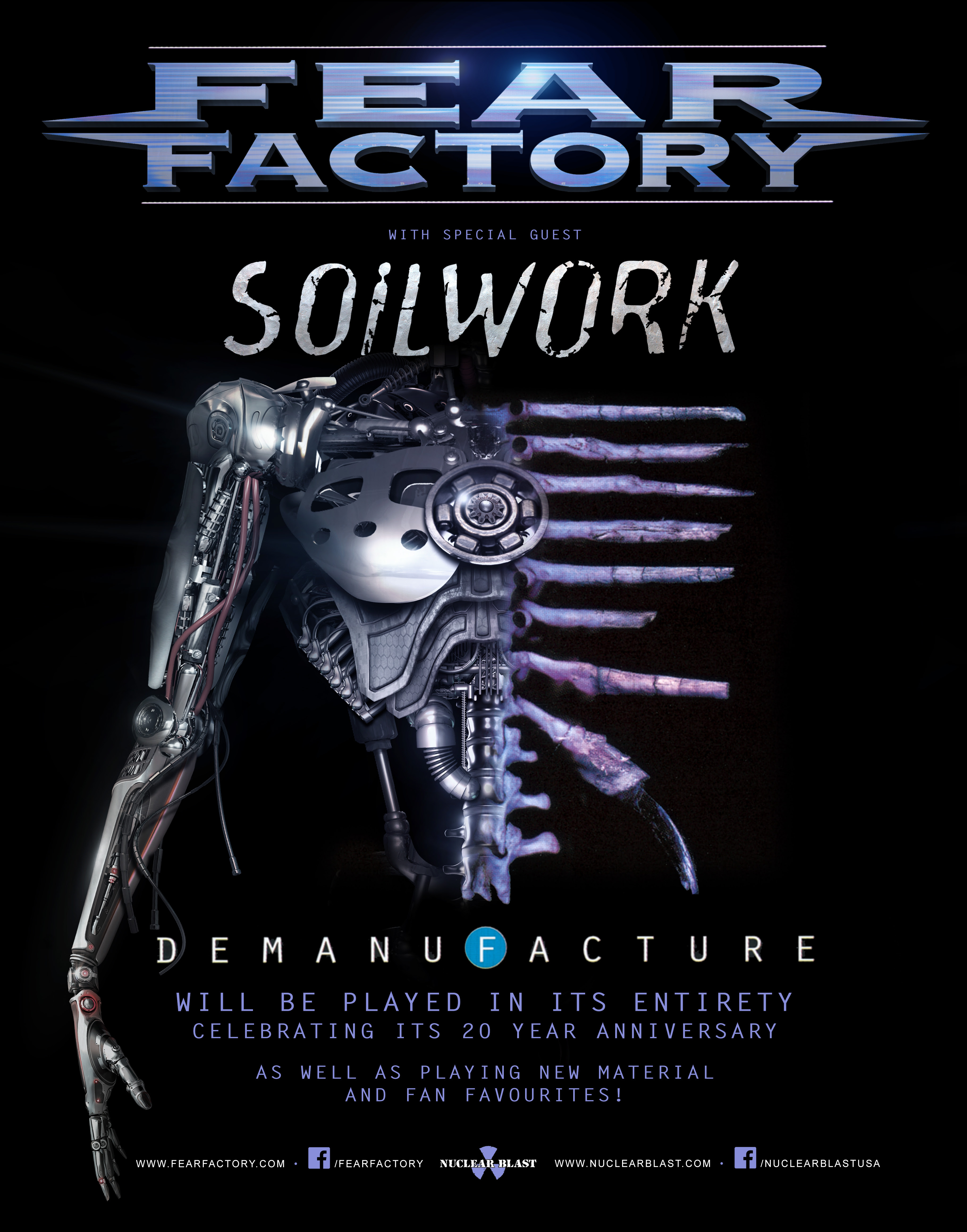 "Genexus" continues on the legendary work of Fear Factory. Like all their albums, full enjoyment comes at full volume. Either loud enough for the neighbors to hear, or with headphones on. Or as we will experience, live and loud on April 8, 2016. "Anodized" was playing on Sirius Metal all the time when this album came out. Check "ProtoMech", "Soul Hacker" and "Dielectric" from "Genexus" below:


The fact that Soilwork is on the bill is also pretty special. I was actually introduced to Soilwork by a Hot Topic employee in Florida many years ago. While visiting Florida, probably wearing a Man Is The Bastard t-shirt, I was killing time while the family was shopping in the mall. I went to this Hot Topic store, I don't think we had any of Hot Topics stores in my home town at the time, and figured what the heck, better than heading in to Macys.

The employee comes up to me and says the obligatory, "Nice shirt". One thing leads to another and he says, have you heard Soilwork? I didn't listen to the disc in the store, just trusted him and bought the CD. I'll finally get to see Soilwork too! Damn!

Follow this link to see a nice video with parts of the interview: http://www.npr.org/event/music/472387960/portrait-of-a-punk-who-never-grew-up?utm_source=facebook.com&utm_medium=social&utm_campaign=nprmusic&utm_term=music&utm_content=20160330