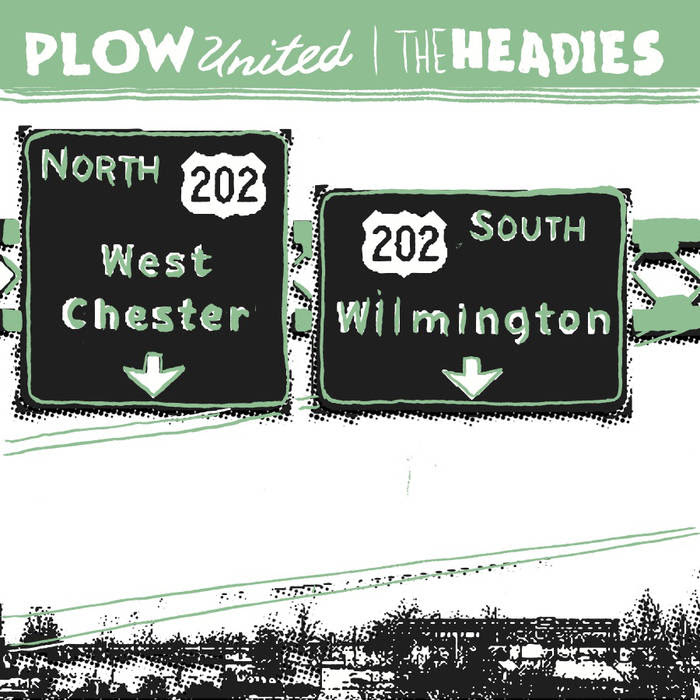 I do not know how it took me seven months to find out Plow United released this 7" back in May.

i once put released a Plow United related record on FOE records. I'm friends with Plow United gentlemen on facebook. I don't know. Maybe some internet program blocked this from me. Maybe you too, which is why I am letting you know this is out and that this split 7" should end up in your record collection.

All I know is that I am glad I finally got this record. Both Plow United and The Headies construct and perform amazing, memorable, driving punk songs. Plow United has always been something special and these tracks keep that tradition. I can't help but feel good about life when I listen to Plow United. These guys have some magic between them. The Headies are a bonus pop-punk-treat for me as I don't know much about them and am glad I am starting to awaken from my slumber.

Give it a listen and grab the vinyl! 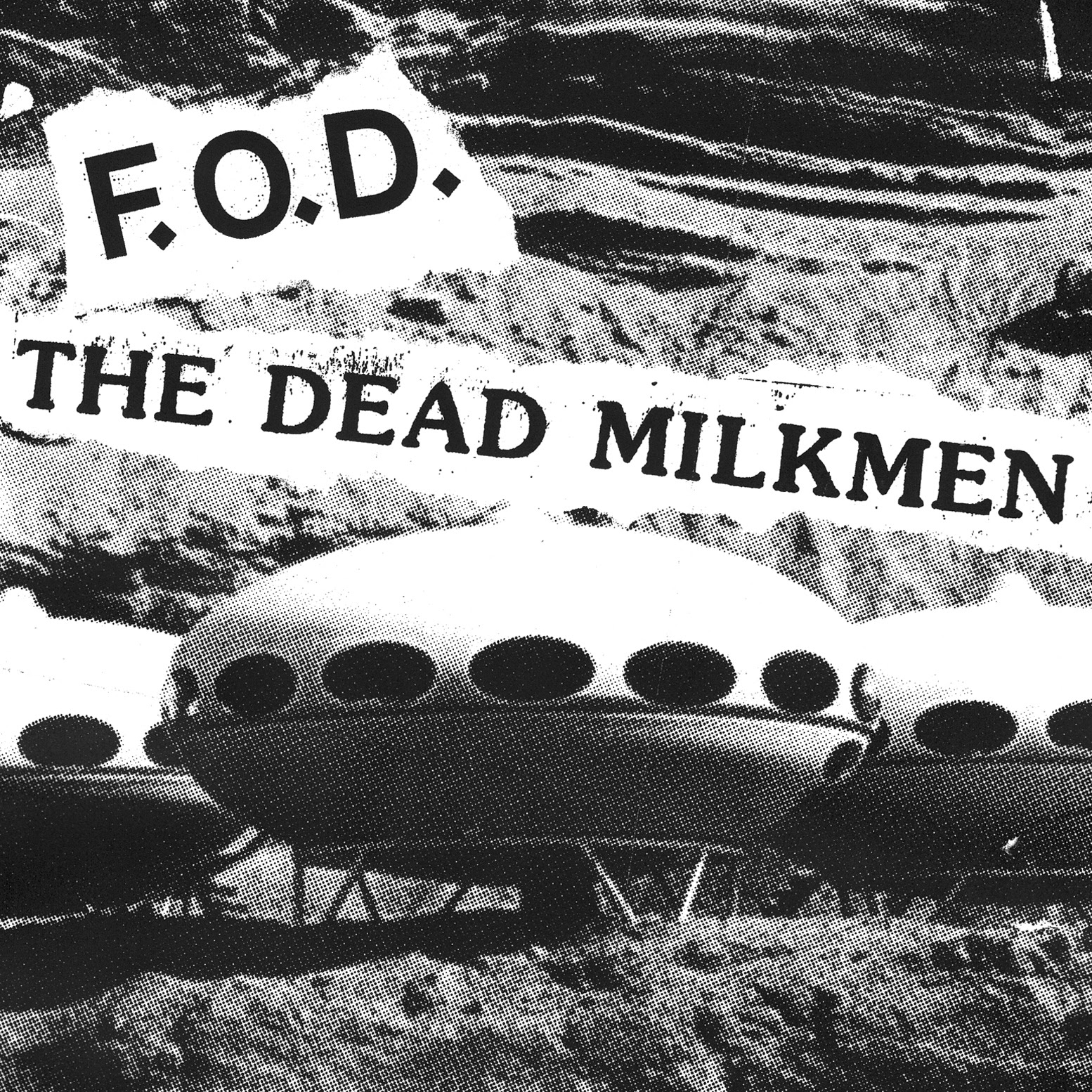 The first Philly hardcore band I remember seeing live in the early 1980s was YDI. They opened the hardcore door for Frank FOE. 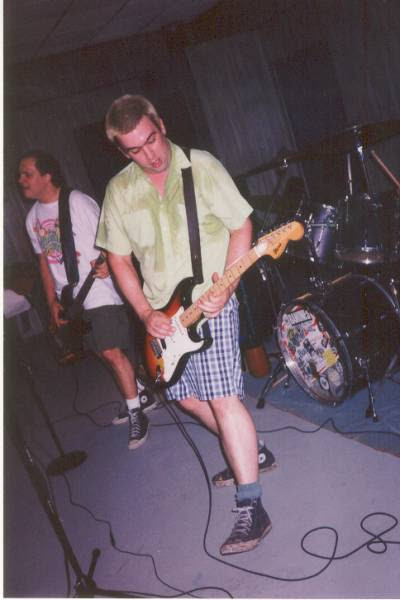 F.O.D. and The Dead Milkmen were probably the next two Philly bands I witnessed live. I am pretty sure F.O.D. holds the record for "the band most often witnessed by Frank FOE". I have no idea how many times I have seen F.O.D. 1982 through 2015. If Russian Meatsquats practices count, then the record might be held by those Lehigh Valley PA legends... or maybe Weston... 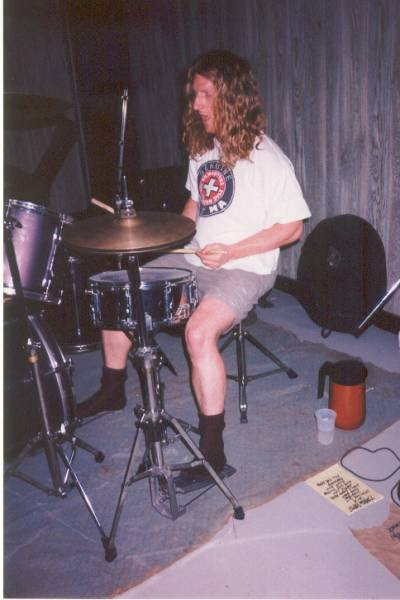 The "story" of this split record goes as follows:

This is a lost record from 1985. We didn’t find the tapes, or the reels, we found the actual records!!! This was recorded and pressed sometime in 1985 for the Datchord label. While working on The Great Rock N Raoul Swindle comp tape, the Datchord label decided it was probably a good idea to make a “real record” if they wanted people to take them seriously. They got their good friends FOD and THE DEAD MILKMEN to record tracks for a split 7″. Both bands handed in their tracks but it never materialized. Meanwhile behind the scenes, the guys from Datchord had talked a young friend into financing the record on his parent’s credit card unbeknownst to them. Unfortunately the shipment of records and the invoice showed up at their house while the young man was at school but his folks were home. The parents told him they sent the records back the pressing plant, but here 30 years later, that young man has come home to help his folks move into an assisted living home only to find the records, the plates and the original xeroxed art for the cover in the back of the basement!!! He turned them over to the bands and here they are! We assembled the records and they are ready for your listening enjoyment! 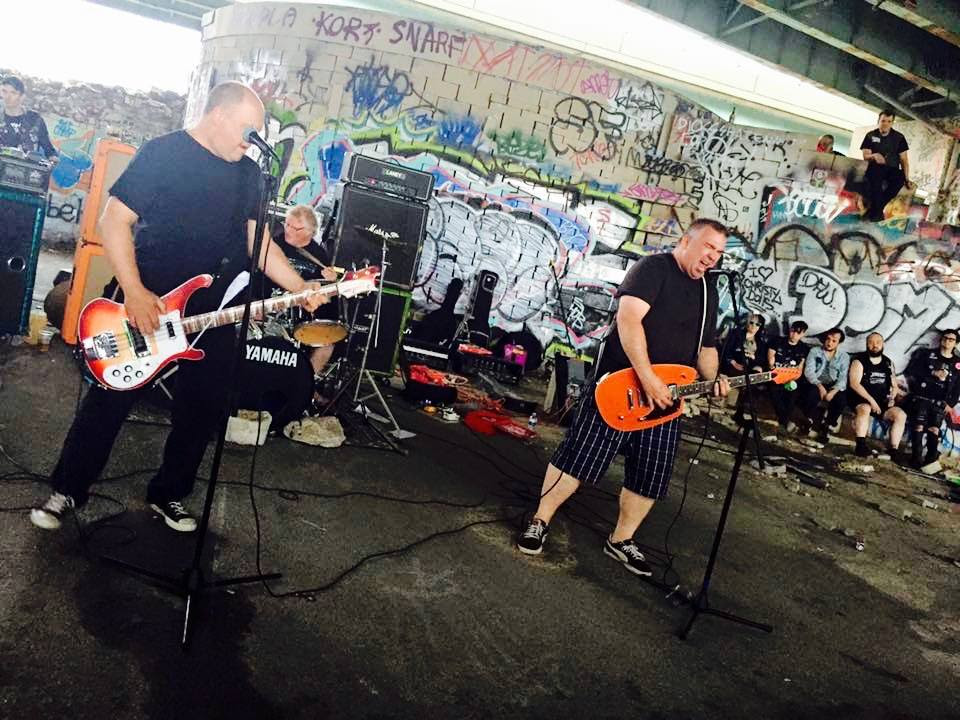 In reality, the facts are that FLAG OF DEMOCRACY (F.O.D.) recently recorded "Valedictorian", "Defective Service" and "Quit Your Culture" and the Dead Milkmen recorded "If the Kids Could Git Together". All of these songs, the 7" packaging, the lyrics printed on the sleeve, takes me back to the early - mid 1980s. The FOD songs are blistering fast and with early '80s 7" typical production values. These old men play these three tracks as if they should have been on the legendary/classic "Love Songs" 7" from 1984. "Defective Service" has that classic, set the blender on the fastest speed sound. Amazing. You have to hear this! The lyrics also recall topics as if the old men of FOD were back in high school ripping things up, rather than being the doctors, lawyers and chiefs that they turned out to be (still ripping things up) along with being one of the longest standing hardcore bands EVER. Screw your culture, the american dream, your elitist clique and doing what you are told. Don't follow the map. 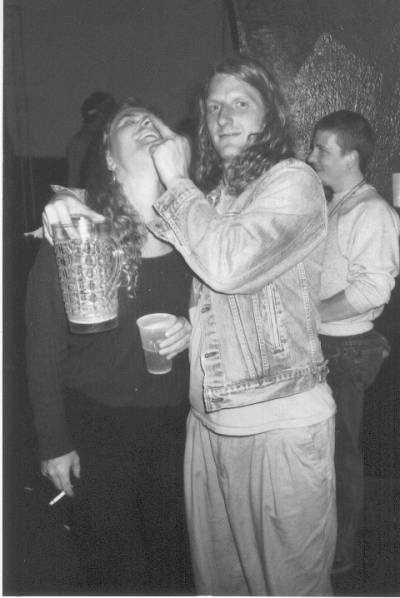 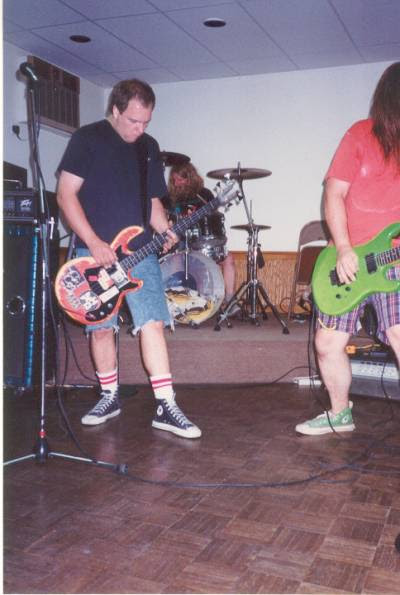 The Dead Milkmen continue with the vintage theme. "If the Kids Could Git Together" could have easily been on the 1985 LP "Big Lizard in My Backyard". Fun, enjoyable, catchy perfection.

One of the best records of the year!

Thank you SRA, FOD and Dead Milkmen! Love this record! 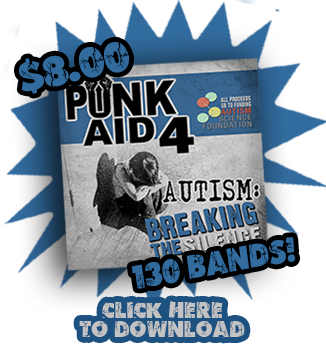 Not going to stand here and review 130 bands, just trust me, this comp is amazing and you will love it. If you find a band or song you don't like, delete that particular song from your ipod or itunes just like you deleted that U2 album. I haven't found a delete worthy song yet though...

While I won't stand here and give a band by band review, I will stand here and try to convince you to paypal $8 (that is 6.1538 cents per song) to Mike Virus in support of this amazing thing he has put together with all proceeds to be donated to the Autism Science Foundation. 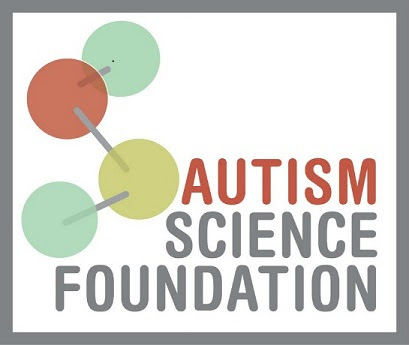 A year ago i was inspired to make the next Punk Aid compilation benefit autism research. The number of people living with an autism spectrum disorder are growing at a rate of 6-15 percent each year.

As of 2015, 1 in 68 children in the U.S has an autism spectrum disorder. Quite a jump from 2 years ago when the number was 1 in 88 and an if you go back to 2007 that number was 1 in 150. Autism is on the rise but it is not clear if the statistics reflect a growing awareness of autism, of if there is some other factors causing the increase.

Many of us know autistic individuals or know people who have autistic children. Currently there is no cure and research is critical to finding a cure.

This compilation brings together punk bands from all over the globe creating the largest international charitable compilation of its kind. We stand together to give back to our community and to help find a cure for autism. All proceeds with be donated to the Autism Science Foundation.

My hope is that we find a cure in our lifetimes, and that Punk Aid will continue to inspire punk rockers to realize that the world is ours to fix and make better. 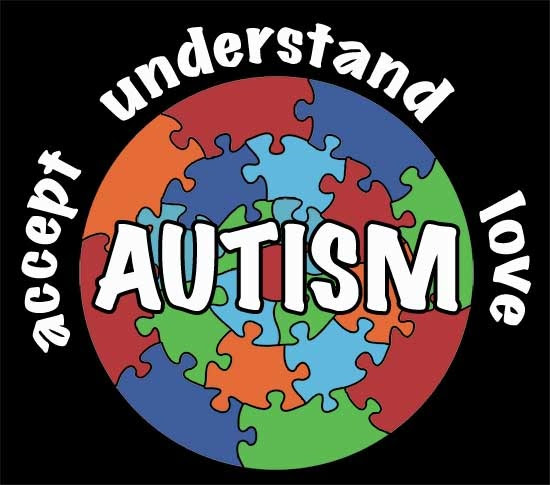 This worldwide compilation comes across like a modern day Bad Compilation Tape. On top of the handful of bands you already know, you are introduced to a plethora of amazing bands you never heard of, from places you have never been, but are linked to by our mutual love of hardcore/punk.

Please, spend the $8. You'll be glad you did as this is an amazing compilation!

Bands in order as they appear on the compilation:

I now have to find more material by some of these bands that I have just been introduced to...