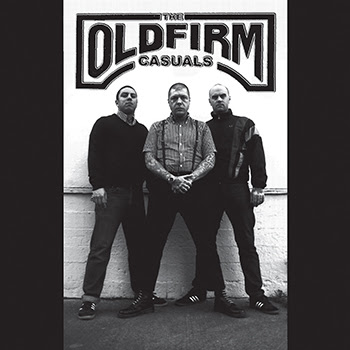 Back in 2013, Pirates Press Records released the 2xlp/cd "For the Love of it All".
This mandatory oi! compilation included all of the The Old Firm Casuals singles in one place... except for the tracks from their debut EP. 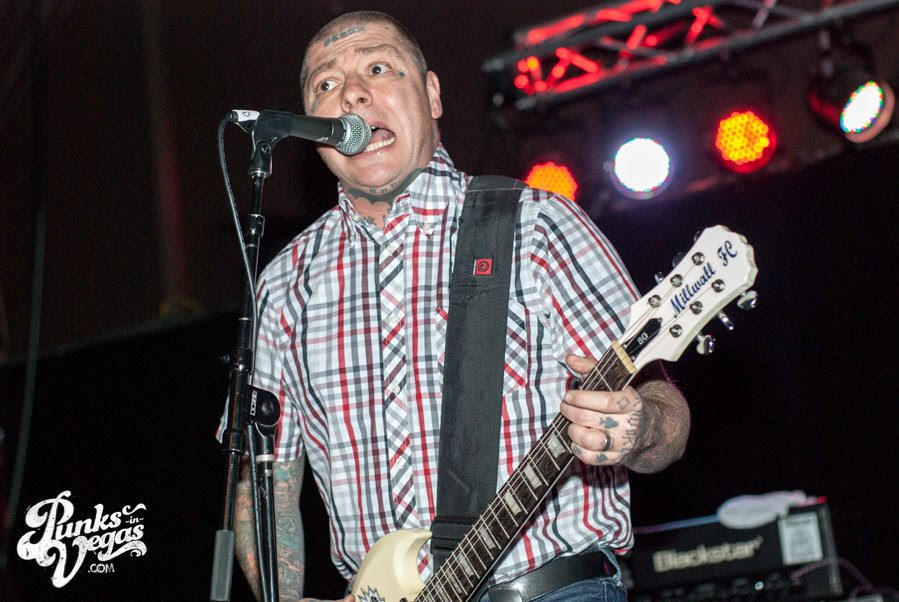 Originally released in 2011 on Oi! The Boat Records, this debut EP is now available on a 12", that is pressed on clear vinyl with Dannyboy Smith's art from the original insert silkscreened on the B-Side. 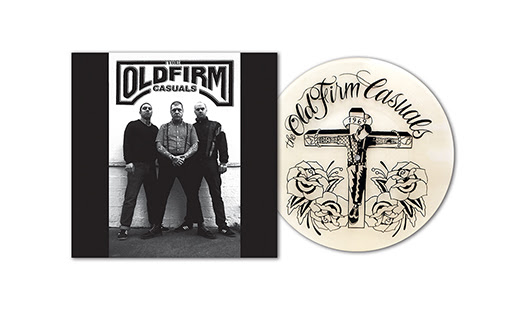 The debut EP is raw and vintage sounding oi! I am a fan of all of Lars Frederiksen's (the screen on the inside cover lists him as "Lars Frederiken") music. Rancid, Lars Frederiksen and the Bastards... The material he plays along with Casey Watson (bass, vocals) and Paul Rivas (drums, vocals) on this EP is intentionally rudimentary, yet hook-laden and instantly memorable. Think the sound of Last Resort (UK 1980 oi) worked up into a hardcore frenzy of the likes of Anti-Heros (classic Georgia oi/street punk established in 1984).

The music brings to mind dingy hardcore punk clubs rather than the mass of a festival that you'd expect Rancid to play. The music sounds like something you'd expect to hear in a venue that had beer-soaked floors, graffiti and band sticker covered walls, with as much chaos in the alley out back as on the dance floor in front of the band. Think Rancid's dirty, less savory cousin. 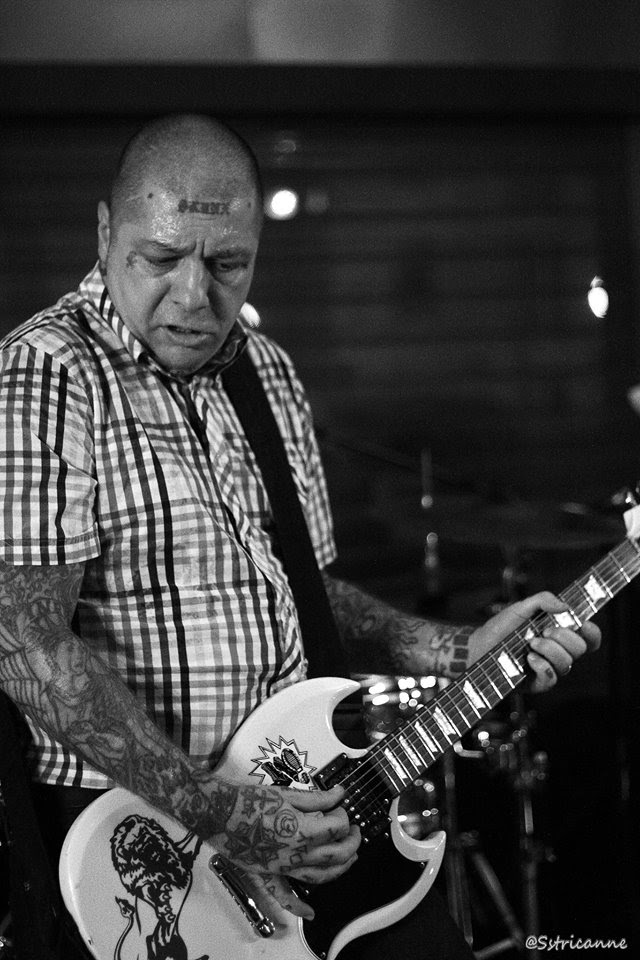 And I love it.

Thank you to Pirates Press Records for making this available for those of us who missed the boat when this was released on Oi the Boat Records. 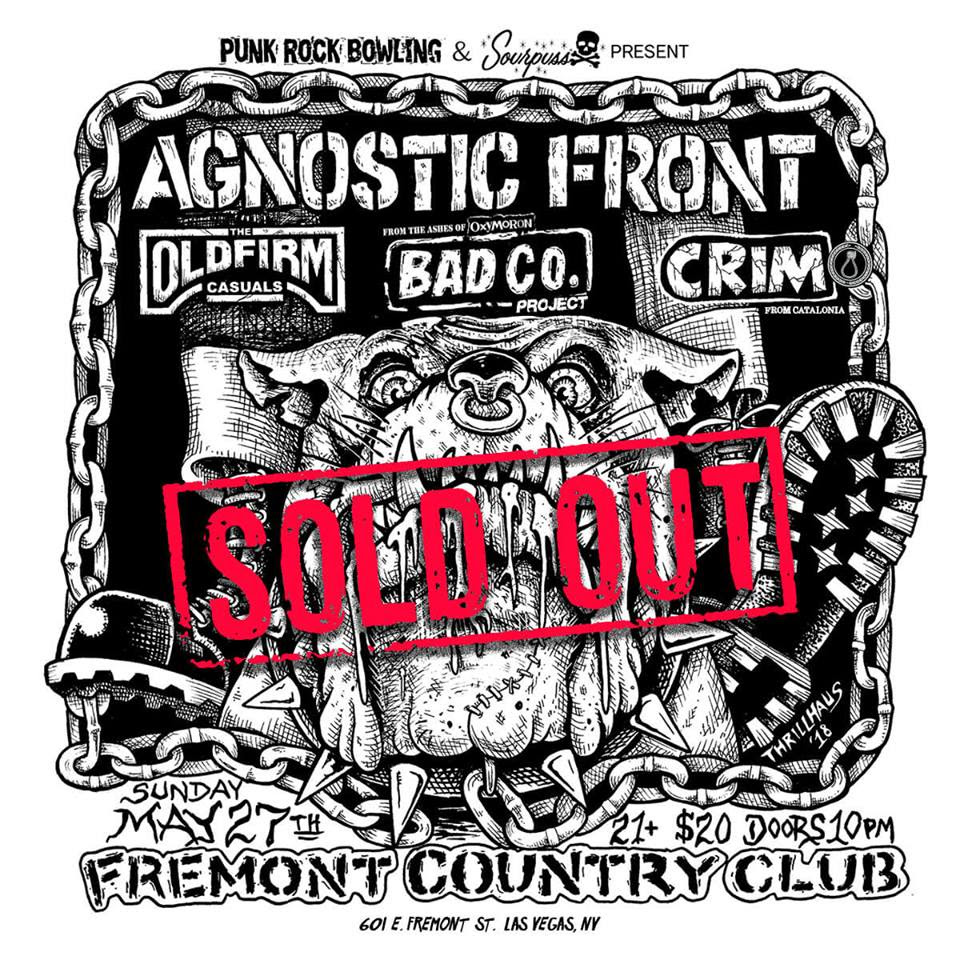