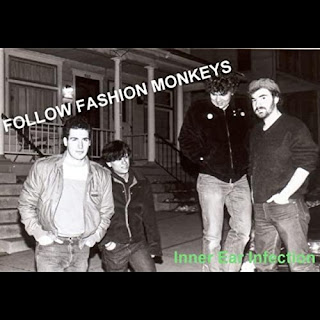 FFM were one of the first Lehigh Valley hardcore/punk bands to venture outside of the LV with their music, famously touring with Indigesti.
FFM were one of the first LVHC bands to release an LP, with the Russian Meatsquats and American Dream being the other two.  Follow Fashion Monkeys self released their first lp on Clymer records in 1985. To my knowledge, this album was never released digitally. I transferred my vinyl to mp3 a long time ago. 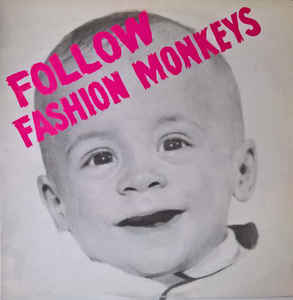 The songs on this second album, were recorded in 1987 at Inner Ear Studios in Arlington VA, by Don Zientara and were produced by Ian MacKaye. Pretty lofty credentials, yet never saw a release of the full album on vinyl.
Four tracks from "Inner Ear Infection" were released on FOE records as a 7". I am extremely grateful that I had a part in something that included the Follow Fashion Monkeys, Don Zientara and Ian MacKaye.
FFM broke up in 1987 and two of the other tracks from this session were released on compilations ("Menagerie Pt. 2" on the "What Have You Brought Me This Time?" 7" and "Money For Something"  on the "Get The Hell Out" compilation").
You can listen to the second album on Spotify or purchase the tracks on Amazon (minus the Yardbirds cover, which is on the 7".
Listen to the 7" through this blog. I do not have any of the 300 copies of the 7" left beyond my personal copies. It is out of print. I do not see any available for sale on Discogs either, but you might be able to score the first album if you haven't secured one yet. 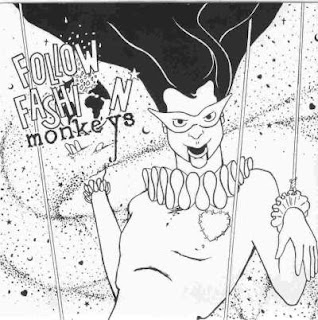 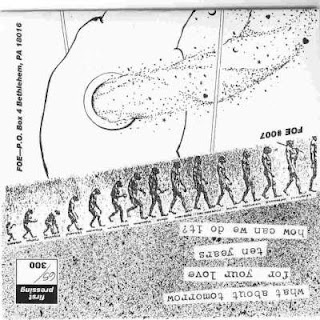