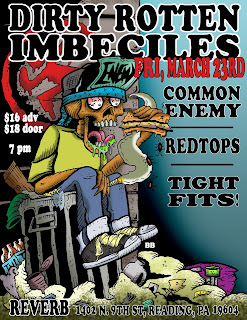 Reverb in Reading PA is one of my favorite places to see a show. Excellent sound, all ages and over 21 section, great stage, food, beverages, huge screen TVs on the walls, functional bathrooms, outside smoking area w/bar, plenty of space for the bands to sell merch and plenty of parking.

THE NOID started things off with their precise and energetic punk that sounds somewhere between TSOL and the Misfits, a wonderful combination. 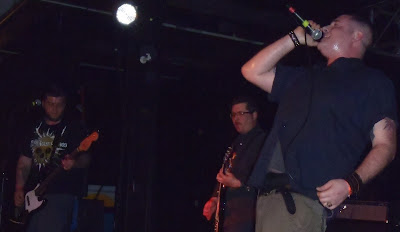 Up Next were the TIGHT FITS. I kept thinking to myself during their set that these guys from Lancaster PA would make a good partnership with Bethlehem PA's Bad American. Both bands love to play hard and fast, are not afraid to make some noise, and wrecklessly let it all hang out live. Picked up their "Have You Ever Felt Romantic?" CD at the show which was released in 2011. Dave (guitarist) from Angry Young And Poor, one of the coolest record stores around, is in this band. Made a great impression on me! 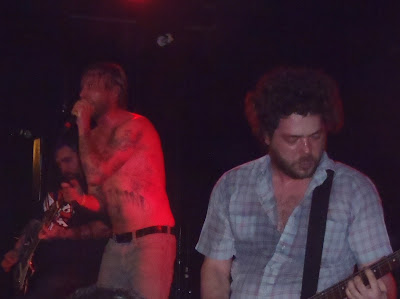 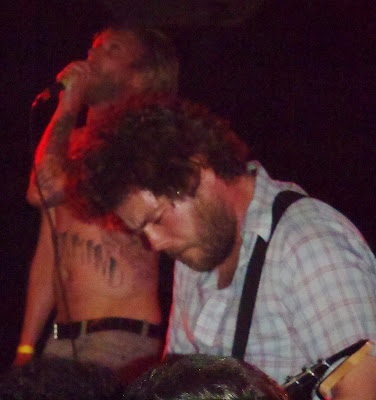 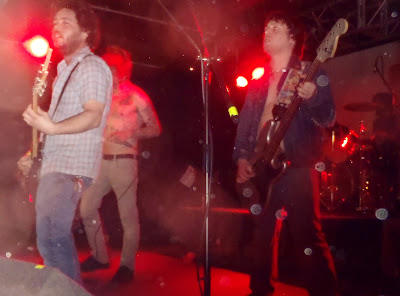 The REDTOPS from Phoenixville PA ripped it up. I had to join in the circle pit during their set. It looked like too much fun for this 45 year old. It certainly was, but it brought to mind the only thing missing from Reverb, oxygen machines. I felt like a big fat football player who just scored a touchdown and wanted nothing to do with the endzone celebration and wanted to make a straight line right for the oxygen tanks. Oh well, I eventually got warmed up and thoroughly enjoyed the way this crowd was setting things up for the legendary DRI. None of that macho-kickboxing nonsense that drives me nuts. Just old school skanking in the circle pit and thrashing up front. Picked up the Redtops CD "Left For Dead" (which was recorded in 2005) at the show. Very worthy. 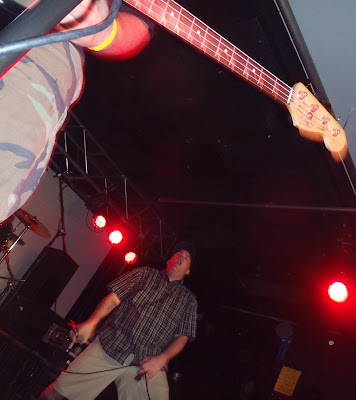 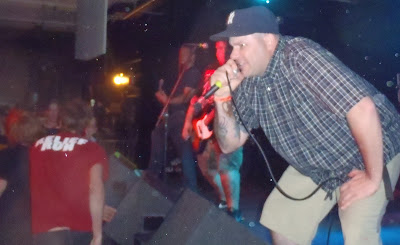 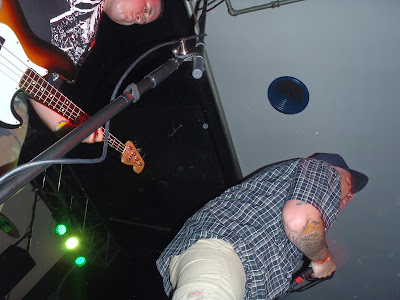 COMMON ENEMY was hitting the nostalgia trip at Reverb on this night. Sonic, their vocalist from 2003-2006 (and a tour after that) rejoined the band to play material from their early years including their first CD "Late Night Skate". Lots of energy, the hometown crowd demonstrated their respect and it was pretty much a perfect night for the skate, thrash, circle pit band! 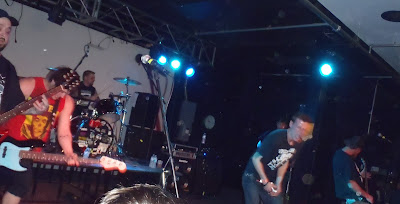 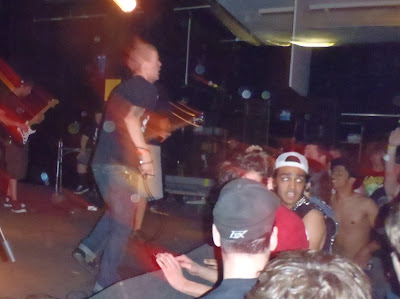 D.R.I. has been in the business for 30 years. Metallica and Slayer are celebrating and so is D.R.I. They treated Reading PA to a two hour set of 35 of their songs. Things got started with the classic "Who Am I?". Unbelievable. This crowd was amazing. Massive circle pit, thrashing up front, stage diving and no bullsh#t. Great band, great crowd, great night. 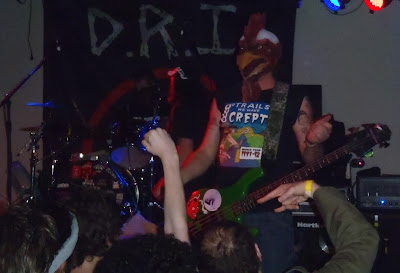 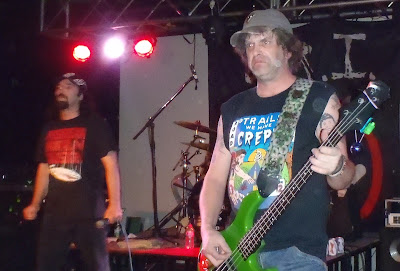 I will remember this as a classic show. That is a lot considering my HC show life began 30 years ago in 1982, that same year D.R.I. started. I was blessed with the fantastic luck of being born in 1966, which means I was 16 and driving all over the place to see shows in 1982. D.R.I. has been an inspiration and a major influence on my life. I can remember getting into AC/DC and the Dead Kennedys (wanting them to do more songs like "Drug Me" - fast and furious), thinking they were great bands, but wishing they would play faster... and then I heard D.R.I. It was all over at that point. 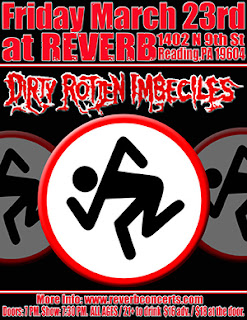