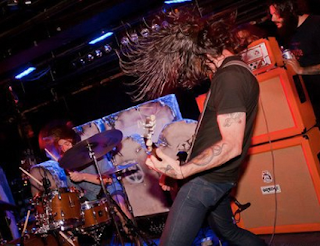 I didn't hear anyone say “eh” (not really expected) or detect any hockey references (disappointed) on this Vancouver band’s debut full length (impressed). What you will hear is a dark assault of hardcore, b-deat and metal that moves at a punishing speed (except for "Soiled Roots" - which switches things up with genuine and powerful results). “Bushcraft” is unyielding, get out of the way or get swallowed up by the disorder. Kurt Ballou (Coverge) captured this unruly beast of a band and made the chaos enticing. “Bushcraft” is dense with technically brutal percussion, abrasive vocals and guitars that are as crisp and in-your-face as Black Breath or Disfear or any of the Swedish death metal that I love so much, with a hint of the old Am Rep callous guitar work (with appropriate use of feedback). 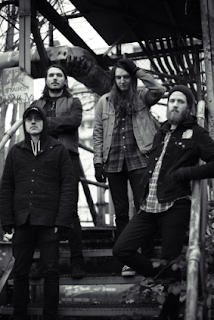 Here is a ferocious non-LP track called "Tourettes", which was originally recorded by Nirvana.