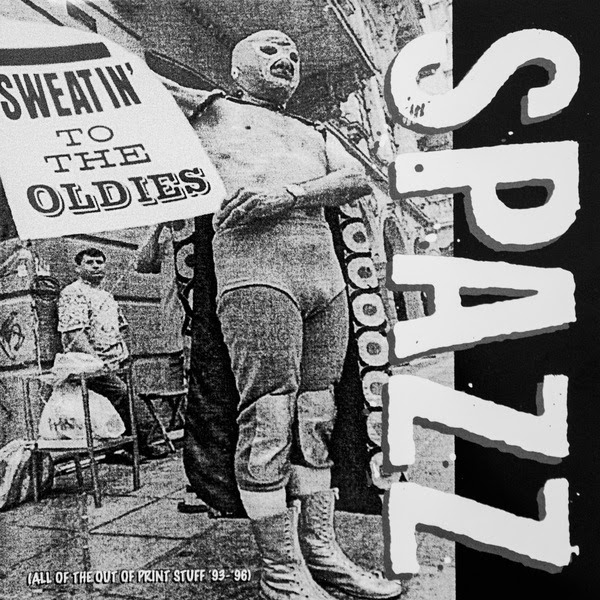 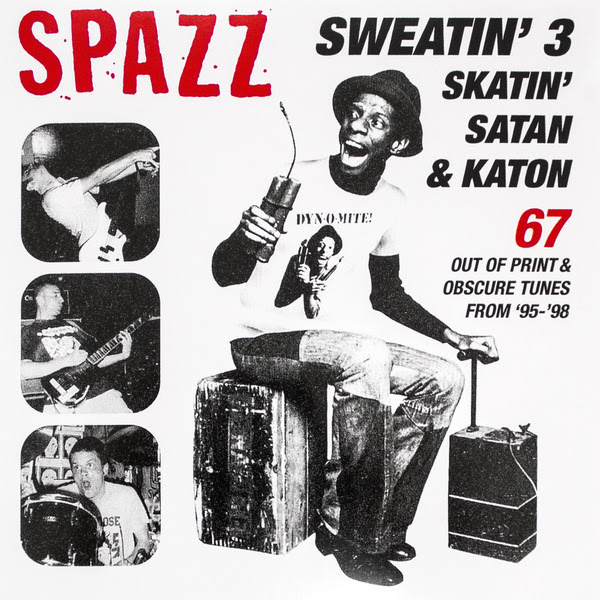 I was blessed to be able to obtain just about every Spazz record released either on vinyl or CD. I even obtained these CDs when they first were released.

Got to see Spazz in Philadelphia:

I think I see myself somewhere in this mass of humanity. I think I hear Greg Chumpire telling Spazz to play Sockeye as well.

Tankcrimes was nice enough to bring these releases back in print.

While I wish this were some sort of massive multi-lp box set with digital downloads of every Spazz song ever recorded, this will have to do.

If you don't know Spazz, you don't know powerviolence as a musical genre. You should introduce yourself through these releases or just complete your Spazz collection.

"Sweatin' To The Oldies" was originally released on Slap A Ham Records in 1997. "Sweatin'" compiles sixty-four tracks from splits released with Charles Bronson, Brutal Truth, Rupture, Floor and more from 1993-1996 as well as SPAZZ’s debut EP, tracks from various comps including Better Read Than Dead (1996, Epitaph/AK Press), cover tunes and live cuts from KFJC and 924 Gilman St.

"Sweatin’ 3: Skatin’, Satan & Katon" was originally released on Slap A Ham Records in 2001. "Skatin', Satan & Katon" compiles sixty-seven tracks from splits with 25 Ta Life, Lack Of Interest, Hirax (and thus Katon), Black Army Jacket, Gob and more released from 1995 through 1998 plus the Tastin’ Spoon EP and tracks from a host of compilation appearances including Short Music For Short People (1999, Fat Wreck Chords) and the original motion picture soundtrack for Gummo.

Both releases come remastered, or in some cases mastered for the first time ever, by Dan Randall (Ghoul, Impaled, Voetsek, Temple Of Dagon et al) at Mammoth Sound. 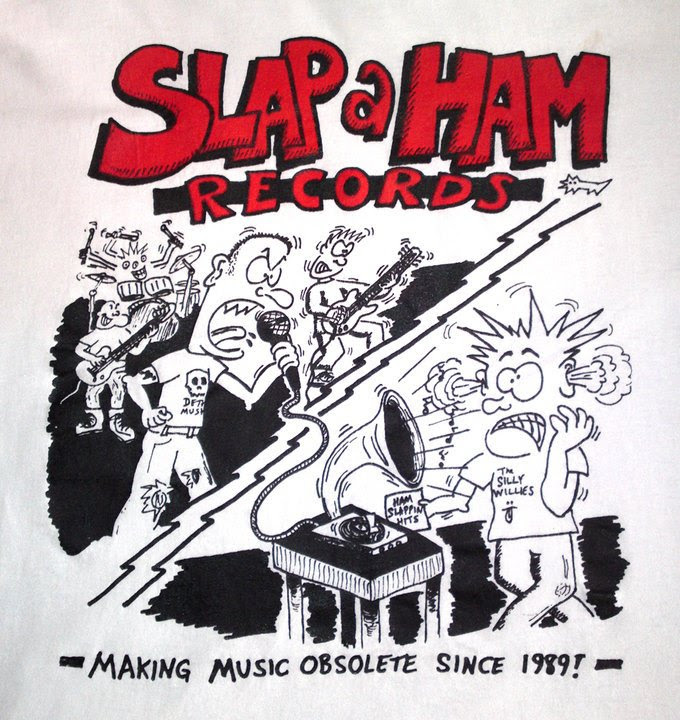