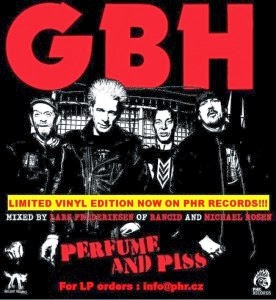 G.B.H. first two records are mandatory, must own punk rock classic LPs, "City Baby Attacked By Rats"  (1982) and "City Baby's Revenge" (1983). You would also need the Clay Years 1981-84 collection or one of the other collections. And  once you have those you'll need "Leather, Bristles, No Survivors and Sick Boys" and "Leather, Bristles, Studs and Acne". I had so much fun collecting their 7"s, 12"s and full LPs in the 1980s. Great band. One of my all-time favorites. Much respect and admiration. 1986's "Midnight Madness and Beyond"... you get the picture... 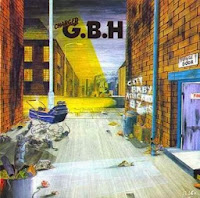 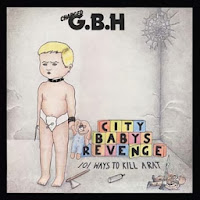 If you don't own both of these records, stop reading this and get them before doing anything else.

I was lucky enough to see GBH (along with Agnostic Front and Half Life) at the Catty Shack in Catasauqua PA in 1986 and at the West Catasauqua Playground with Raw Power and the Breakouts in 1985. Actually got to see them around quite a bit back in the 1980s. Fantastic two albums and fantastic live band. They earned a place in my heart during the 80s. I even saved my ticket stub. 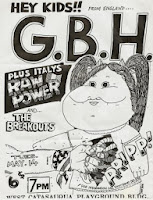 "Perfume and Piss" was originally released on Hellcat records digitally and on CD in April of 2010. Why they didn't release this great album in the preferred vinyl format perplexes me. 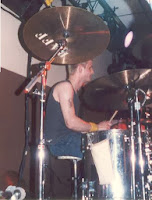 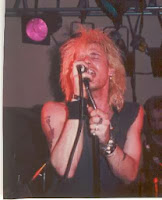 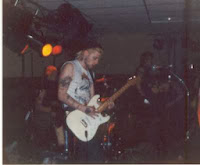 Photos of G.B.H. taken by Frank FOE in 1985 at West Catty Playground Building

"Perfume and Piss" was finally released on vinyl, on the Czech Republic label PHR Records in 2013. It bothers me that it took three years for this to come out on vinyl, but I am extremely happy now, because "Perfume and Piss" NEEDS to be on vinyl. See, even if I download the music (I don't buy new cds), I feel as if I am honoring a band when I buy their vinyl. A CD, a download link or a stream... doesn't seem to be enough tribute to pay a band for putting out a great "record" or "album". I love this record. I love that I can read who Colin (vocals), Jock (guitar), Ross (bass) and Scott (drums) thank in the liner notes. I love that there is a lyric sheet for me to follow along with. I love that G.B.H. took the time to write an introductory paragraph for each song explaining song meaning and / or the inspiration for the song.

I have been waiting for three years for "Perfume and Piss" to be released on vinyl. Thank you G.B.H. for another classic punk rock album. After all these years, G.B.H. does not disappoint. Thank you PHR records from the Czech Republic.

You don't have to mail-order to the Czech Republic. I've seen "Perfume and Piss" listed on Amazon.com and I obtained mine through Interpunk.

There isn't a self-respecting gutter punk, hardcore kid or subcultural miscreant alive who hasn't seen the iconic GBH logo emblazoned on the back of a leather jacket, a denim vest, or a torn-up t-shirt, and after 30 years in the game, England’s original punks GBH are back to reclaim the streets with a brand new riotous release, Perfume and Piss. Barnburning, fist-pumping, palace-gates-storming tracks like "Kids Get Down," "Cadillac One" and "This is Not the Real World" carry the torch forward with the band's trademark fury that is nihilistic, optimistic, pessimistic, anarchistic, violent, humorous and deadly serious all at once. Get into the band that started it all!! Limited vinyl edition!

I hope G.B.H. comes back to Catasauqua PA, or somewhere close to my home in 2014!