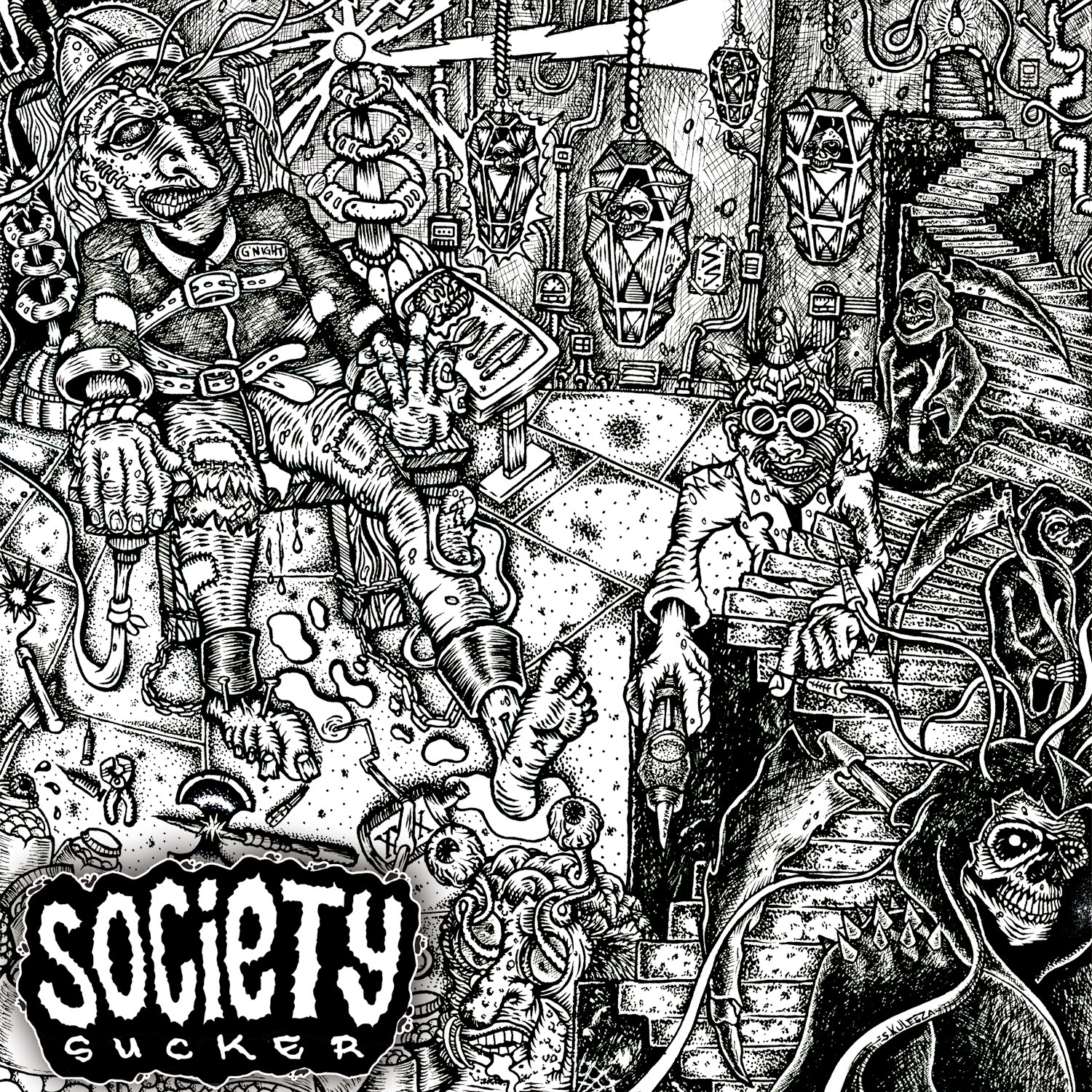 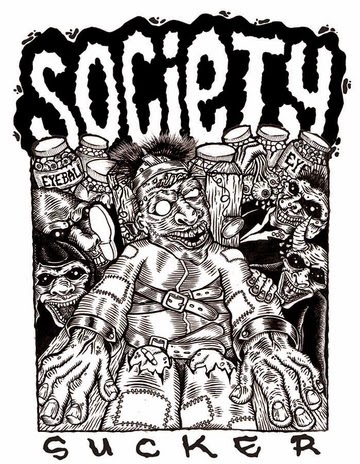 Keeping that hardcore history in mind, if you name your band Society Sucker, you have to bring the goods, else you open yourself up to some pretty harsh rips. 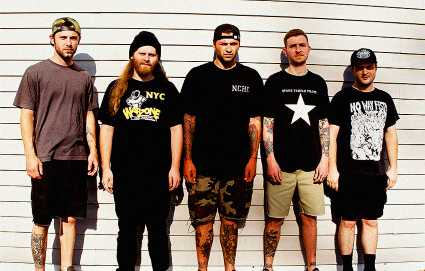 No worries. North Carolina based Society Sucker, brings the hardcore brutality. As an old hardcore guy, I appreciate this and love this record. The band is also influenced by later hardcore and metal, even using that upside down cymbal breakdown initiator thing that bands used in the 90s/00s before they hit the groove mosh. The Steven Kulesza artwork even has a Sean Taggart feel.

Give it a listen at their bandcamp page: http://societysucker.bandcamp.com/


Society Sucker is built for extricating and relieving what ails you, at least temporarily. This is "dance music", if you will. Expertly crafted and recorded to provide for the ritualistic cathartic release of your poison.