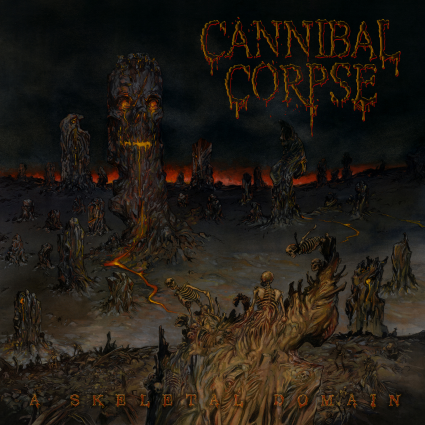 Here is how this works.

Whether I originally got it on cassette or CD or vinyl, I eventually upgraded to vinyl for all of them. 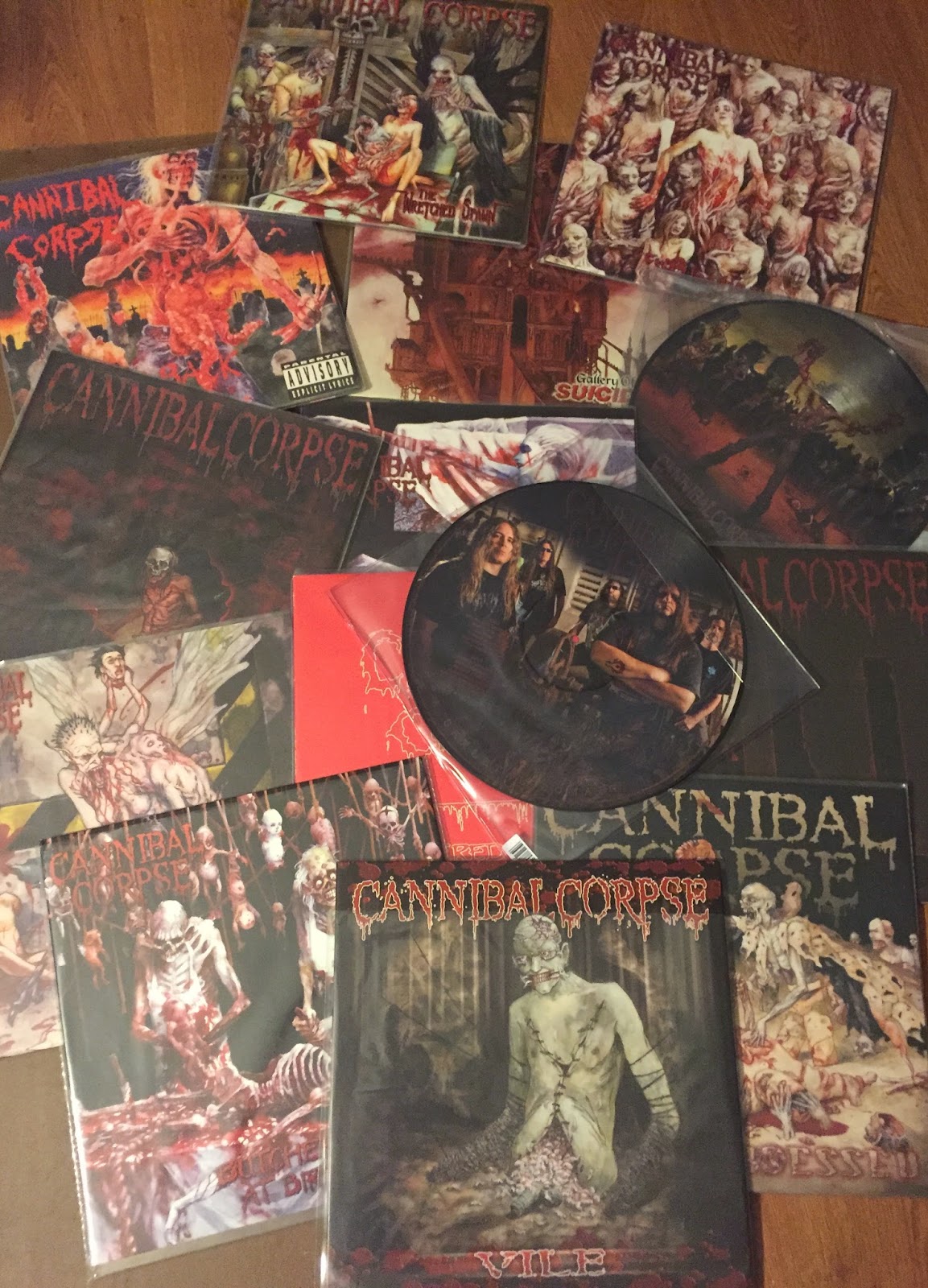 "A Skeletal Domain" is Cannibal Corpse's 13th LP. There are 14 in that picture and I know one of them is a double, so I think I'm doing OK.

Check the video for "Kill or Become" from "A Skeletal Domain" at this link https://www.youtube.com/watch?v=XAIX2vISe3M

I am not going to lie, when they get to the chorus of "Kill or Become", I get a nihilistic thrill: 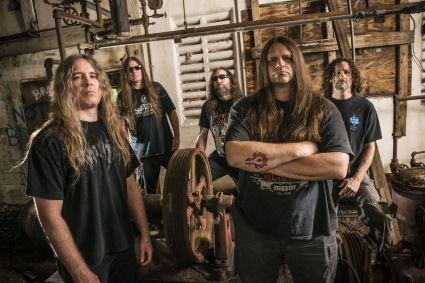 When it comes right down to it, Cannibal Corpse is just that, a consistent cathartic nihilistic release, that completely, creatively, rips. "A Skeletal Domain" is a classic, start to finish.

See you in the pit. 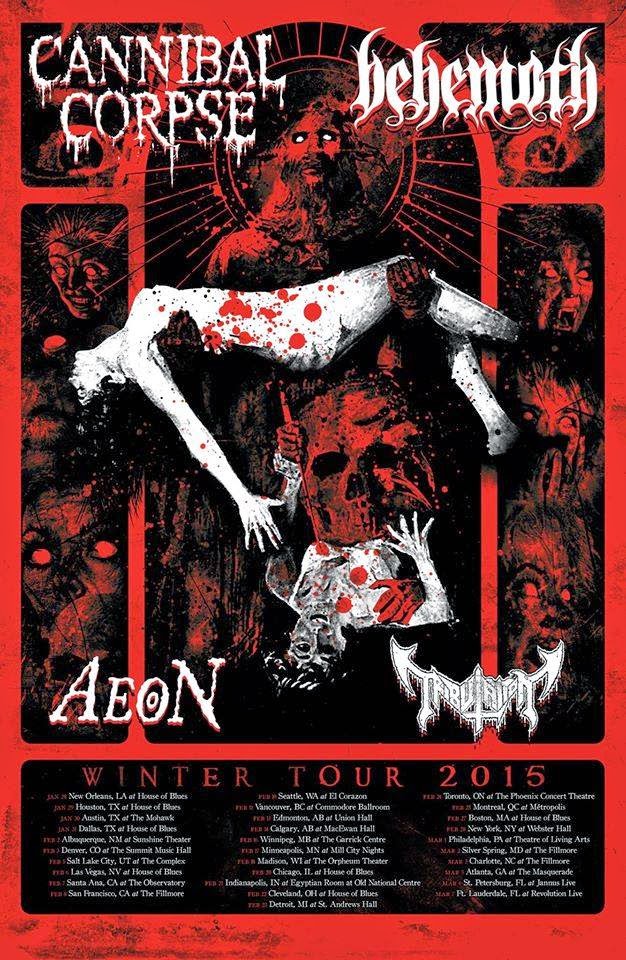