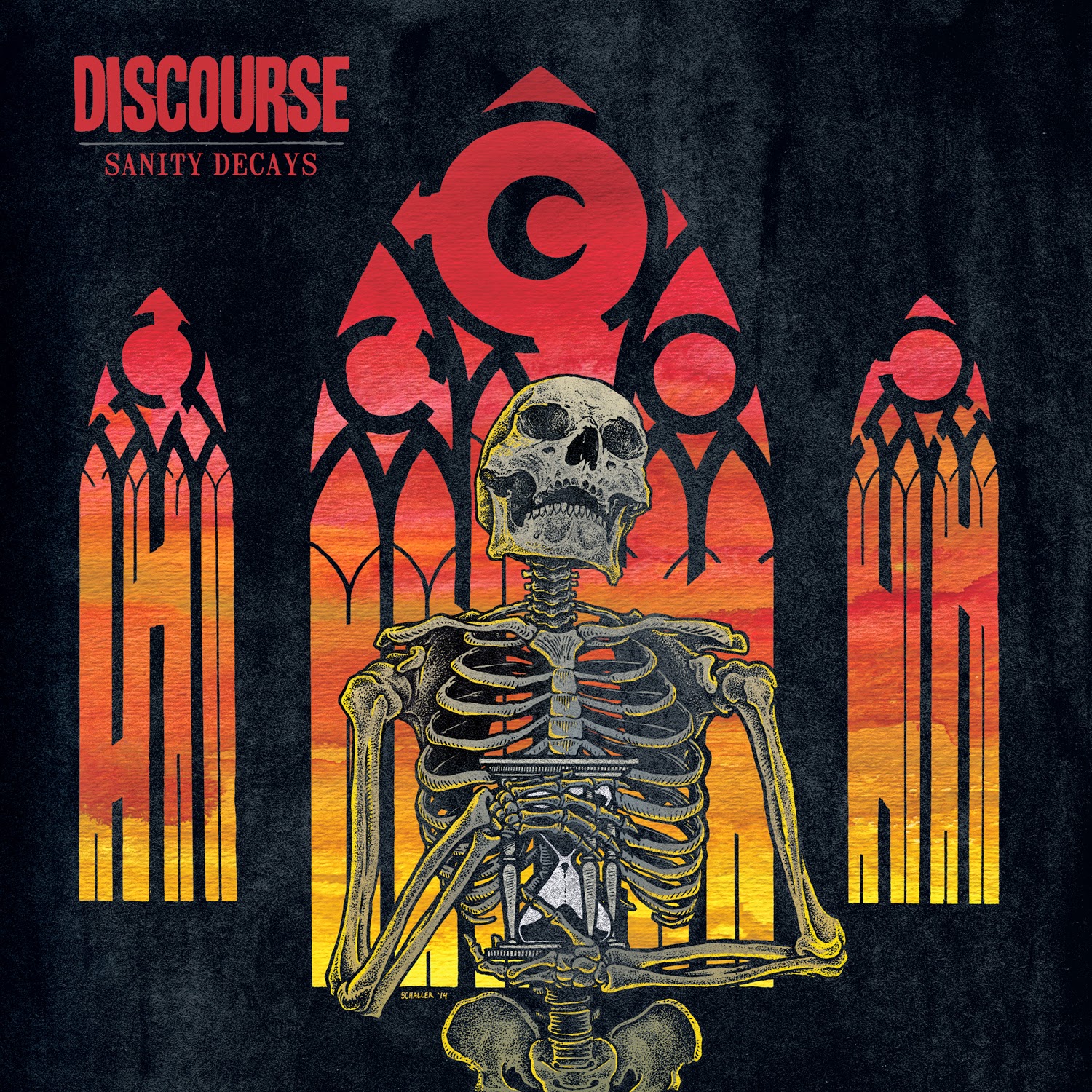 The artwork reminds me of late 1980s to early 1990s thrash metal. The name might lead you to believe they are a "dis" band, playing tribute to Discharge.

Don't judge a record by the cover... and if you assumed they were a "dis" band, you know what happens when you assume....

Neither thrash metal nor discharge. 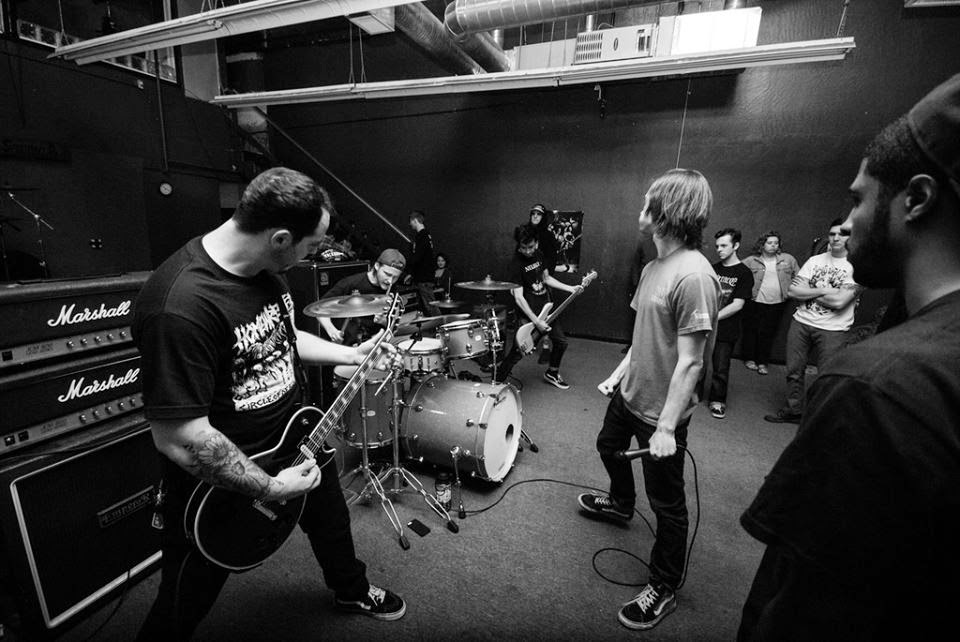 Discourse (from Columbia South Carolina) is rather a mighty straightedge hardcore band that plays music that easily conjures (a word here which means to make (something) appear unexpectedly or seemingly from nowhere as if by magic) violent physical eruption of buried demons.

I love this stuff.
"Early Grave"
For every method of self-abuse
And lives stolen through directed use
For every cleverly disguised noose
And victims left unable to choose
All the problems that you can't face
The mistakes that you want to escape
And the regrets you try to erase
Still exist at the end of the day
Nothing standing in my way
No path to an early grave
I hold in contempt
Profit from addiction
Targeted from birth
No concern for those afflicted
For every loved one i've watched decay
And everything that stands in my way
For every path to an early grave...
Straight edge - the choice remains.

The riffs, the power, the volume that this demands to be played at... exercises demons. The soundtrack to letting loose. Celebrate the venting loudly.

The first track, "Cure" had me hooked. The dissonance, power, the strength. Being 24 years sober, I love the freaking lyrics.

"Cure"
I walk the narrow path,
scorned by some but it's not for them.
The scale was tipped against me,
set up for failure I defied the disease.
One less rope around my neck
Pre-disposed, I chose my fate.
I'm lucky to have had the chance.
Two ways out, both absolutes:
complete dependence or complete rejection.
I'll take the grief as it comes,
I'll feel it for you since you'd rather be numb.
I understand the need to escape,
even I find ways to forget the pain
Like you, don't wanna face the world.
Like you, don't wanna face myself.
Like you, I'm afraid.
Afraid of what I might find.
I'm sickened by life and the tireless routine,
but you won't see me down begging for release.
I reject their cure,
It's temporary and empty.
Dull the pain, dull my hatred.
I'll keep them both to spite the world.
Outnumbered forever.

Give it a listen: 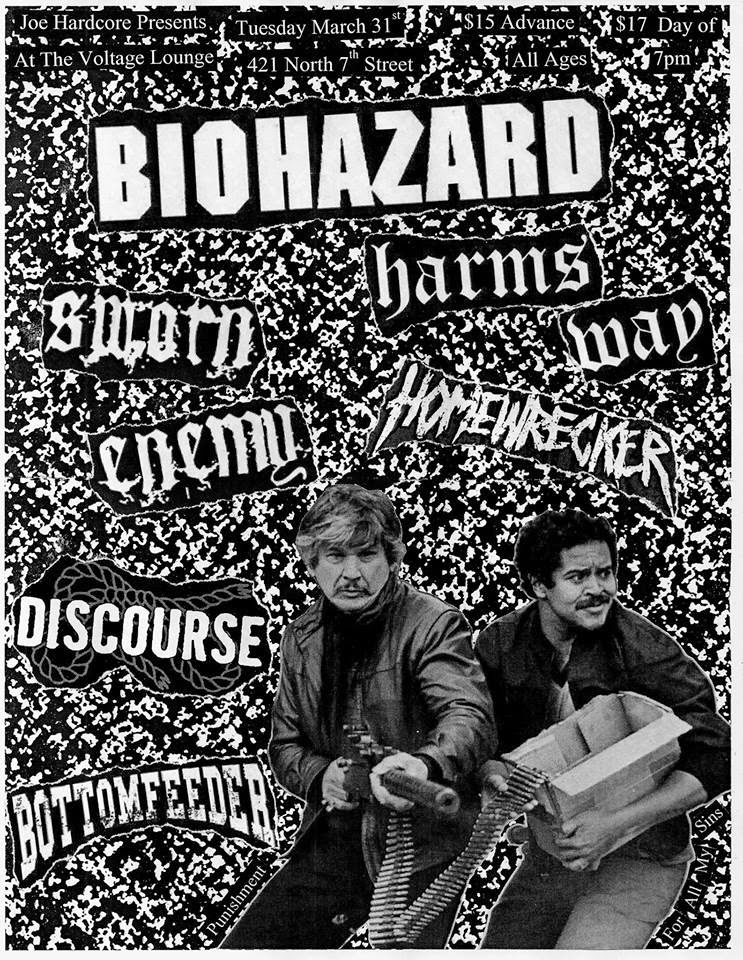 Discourse is playing the Biohazard show at the Voltage Lounge in Philly PA March 31, 2015.