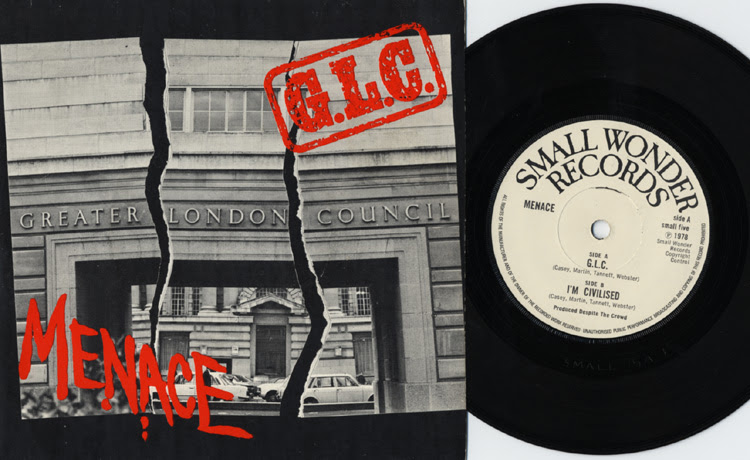 I spent many years tracking down Menace's early records. Before CDs and before compilation albums conveniently pulled their material together, before the internet made just about every song available.

We are lucky to be able to now experience Menace's second 7" "GLC/I'm Civilised" with the click of a button.

Menace always had a way of creating memorable and exciting songs that you wanted to singalong with, even if you didn't know what the GLC was or why they were full of sh%t!

Waitin’ for a cell in a block of rock
Get me down, get me down, name and number
Get hitched dirty bitch ditch with the baby talk
Oh no! You won’t get lumbered

How do you do it, divide and rule?
Split ‘em up, split ‘em up, keep ‘em out of sight
End up in the factory instead of in a school

If you wanted to look up what the GLC was when I first heard the band, you had to go to the library and read a book. Now you just search for it: The Greater London Council (GLC) was the top-tier local government administrative body for Greater London from 1965 to 1986. It replaced the earlier London County Council (LCC) which had covered a much smaller area. The GLC was dissolved in 1986 by the Local Government Act 1985 and its powers were devolved to the London boroughs and other entities. A new legislative body, known as the Greater London Authority (GLA), was established in the year 2000.

Absolutely get the "Punk Singles Collection for Menace" if you can find it!

The one thing the internet can't provide, is the up close and personal vantage point of being in a neighborhood bar, with the bands drums and amps shaking your soul. Luckily the band is coming to the Lehigh Valley (see rest of tour dates below) on Friday night, September 30, 2016.

Menace formed in London in 1976. So you know, I've been a fan forever and this will be my first time getting a chance to see them! 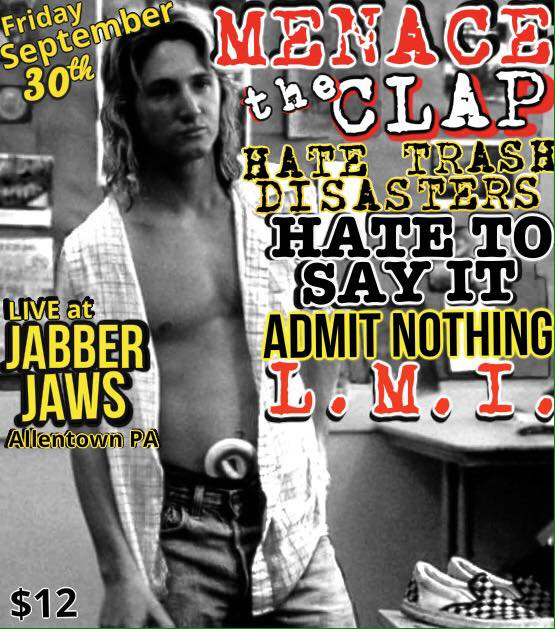 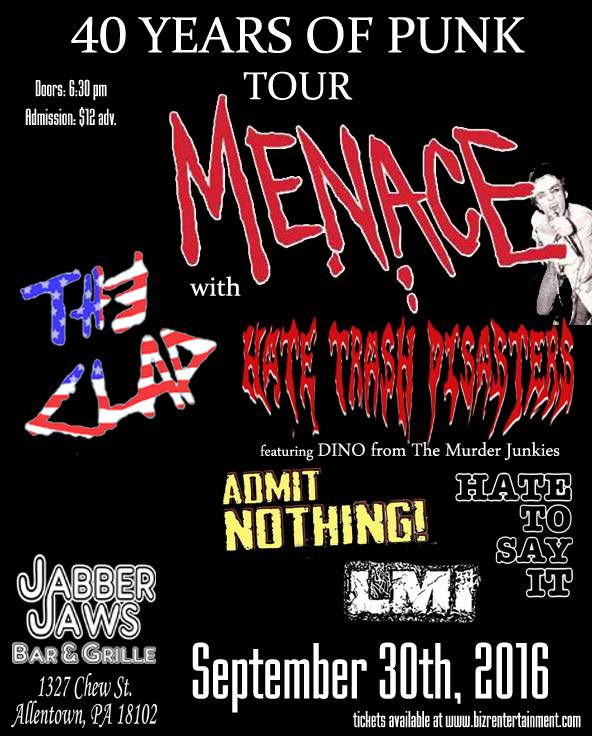 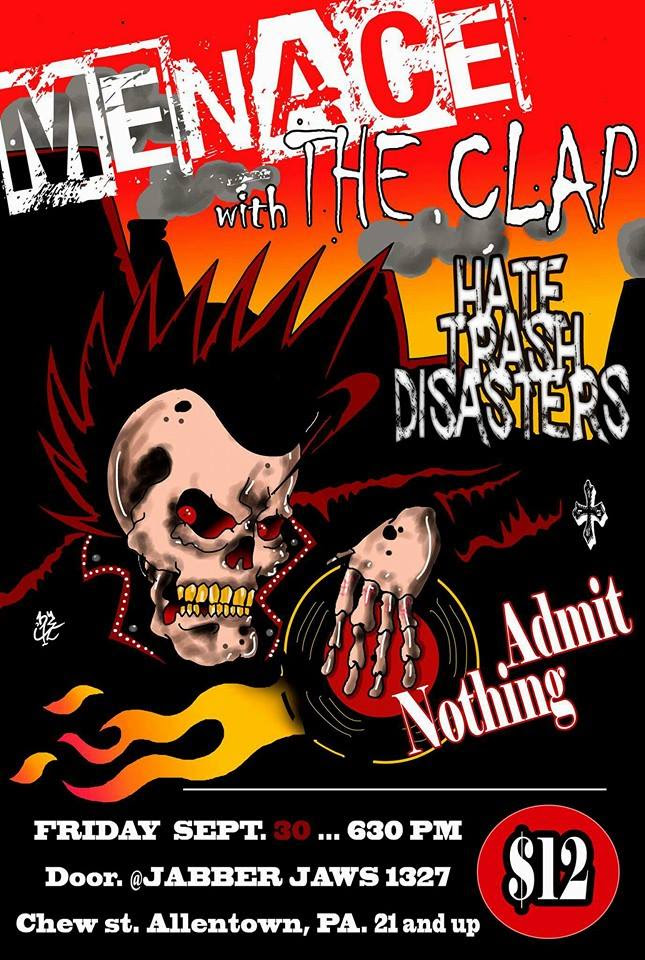