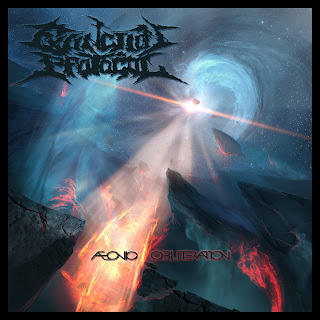 I graduated from Penn State Behrend in Erie Pennsylvania back in 1988, spending parts of 1986, 1987 and 1988 in the city. Erie did not exactly have the explosive punk, hardcore and metal scene I was used to, so I hit the road quite often, usually ending up in Pittsburgh Pennsylvania or Cleveland Ohio.

During my time in Erie, a record store opened up. I descended upon the vinyl racks like a hawk as I missed hitting up Play It Again in Bethlehem PA and all of the great Philadelphia record stores of the 1980s. The owner of the Erie PA store (Yes, I forget the name of the store and the name of the owner) was a woman who deftly picked up on my tastes and one day offered up the debut of Napalm Death, “Scum” in 1987. 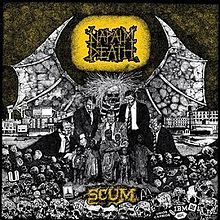 I provide this story as that record store, that woman who worked the counter trying to introduce people to new music, a metal fan herself, directly leads us to Extinction Protocol in 2013, whether or not the members of Erie’s Extinction Protocol were alive in 1987.  The roots of the Erie scene were planted in that store, a necessary focal point for any scene. 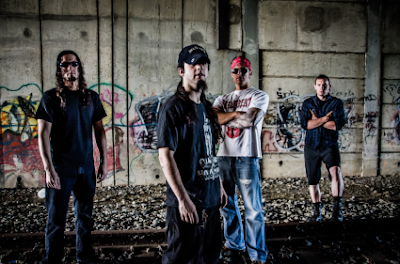 “Aeonic Obliteration” (translation for the non-death metal crowd as "total destruction forever") is a fitting CD title for a band whose name brings up geological and human paths to the end times when researched. 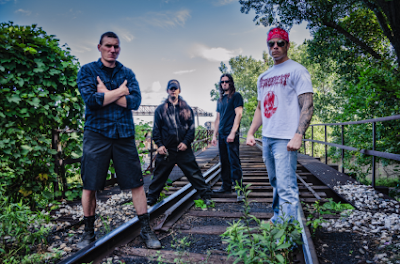 Besides stirring vintage Erie PA memories, Extinction Protocol harkens back to another 1980s gem, the “Grind Crusher” Compilation. Back in those ancient times, compilations often got musical genres or scenes going, giving potential new fans a one stop place to get a musical education. 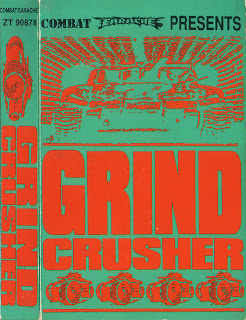 “Grind Crusher” set the standard for Death Metal and grind. 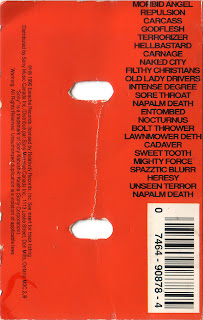 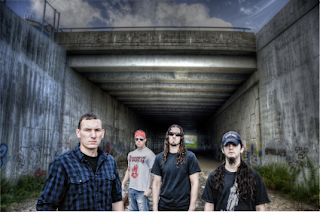 There is a nostalgic (yet aggressive) feeling I get when I listen to classic, vintage death metal, Extinction Protocol taps into that and should also appeal to modern metal fans.

Frank FOE
Posted by Frank FOE at 3:58 AM