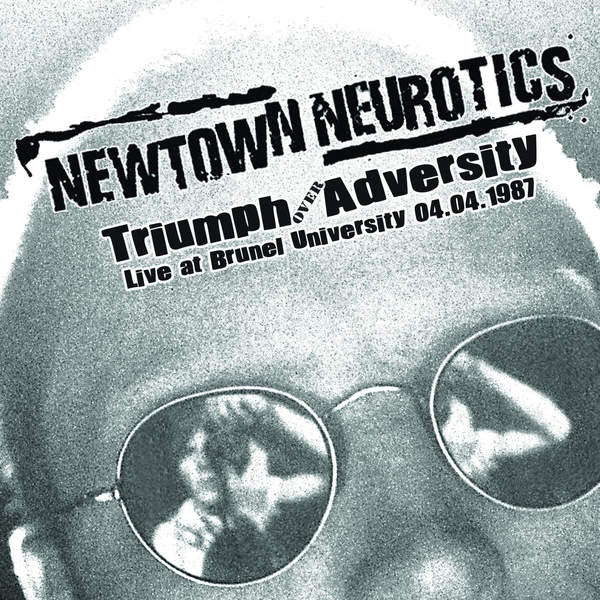 Compilation albums used to be the way to learn about new bands.

My first introduction to Newtown Neurotics was 1983 on the compilation album "Punk and Disorderly III - The Final Solution". I'm pretty sure every punk I knew in the early 1980s owned a copy of all three of the LPs in the "Punk and Disorderly" series. I still think everyone who considers themselves a fan of punk should own those LPs.

Newtown Neurotics contributed the track "Kick Out The Tories" to "Punk and Disorderly - The Final Solution". Pretty sure that was the first time I even heard the word "Tories". The song stands as a true punk classic. Combining the distinctive vocals of Steve Drewett expressing the frustration of early 1980s life in England, with the driving, melodic punk, Clash/Professionals styled music. "Kick Out the Tories" stood out as a crafty song that demonstrated the band was more than just your typical punk band that started their songs and blasted straight thru to the end of the song. "Kick Out The Tories" has a mid-song break into a brief and maybe not so technical extra-distorted "lead" that still resonates with me as punk perfection. The introduction to Newtown Neurotics via this compilation pointed to a creative band that had talent and passion.

Which led to my frustration, as their vinyl LPs were extremely difficult to obtain in the United States for some reason. Their amazing debut LP, "Beggars Can Be Choosers", on Razor Records, released in 1983, finally entered my vinyl collection via Radiation Records (Italy) in 2014. Which is just silly, for a band I loved this much. I would also suggest obtaining the "45 Revolutions a Minute: Singles 1979-1984". Of course I had these songs digitally once reissued on CD, but anyone who knows me, knows that I have been a vinyl junkie since 1971. I wasn't the only one upset that their vinyl was always so difficult to obtain.  From the Newtown Neurotics facebook page:  "This will be the first time the Neurotics or Steve Drewett has had a domestic release in the States and I am so glad that it is 'Triumph' that will become the standard bearer of what we are, to hopefully new ears and a new audience." 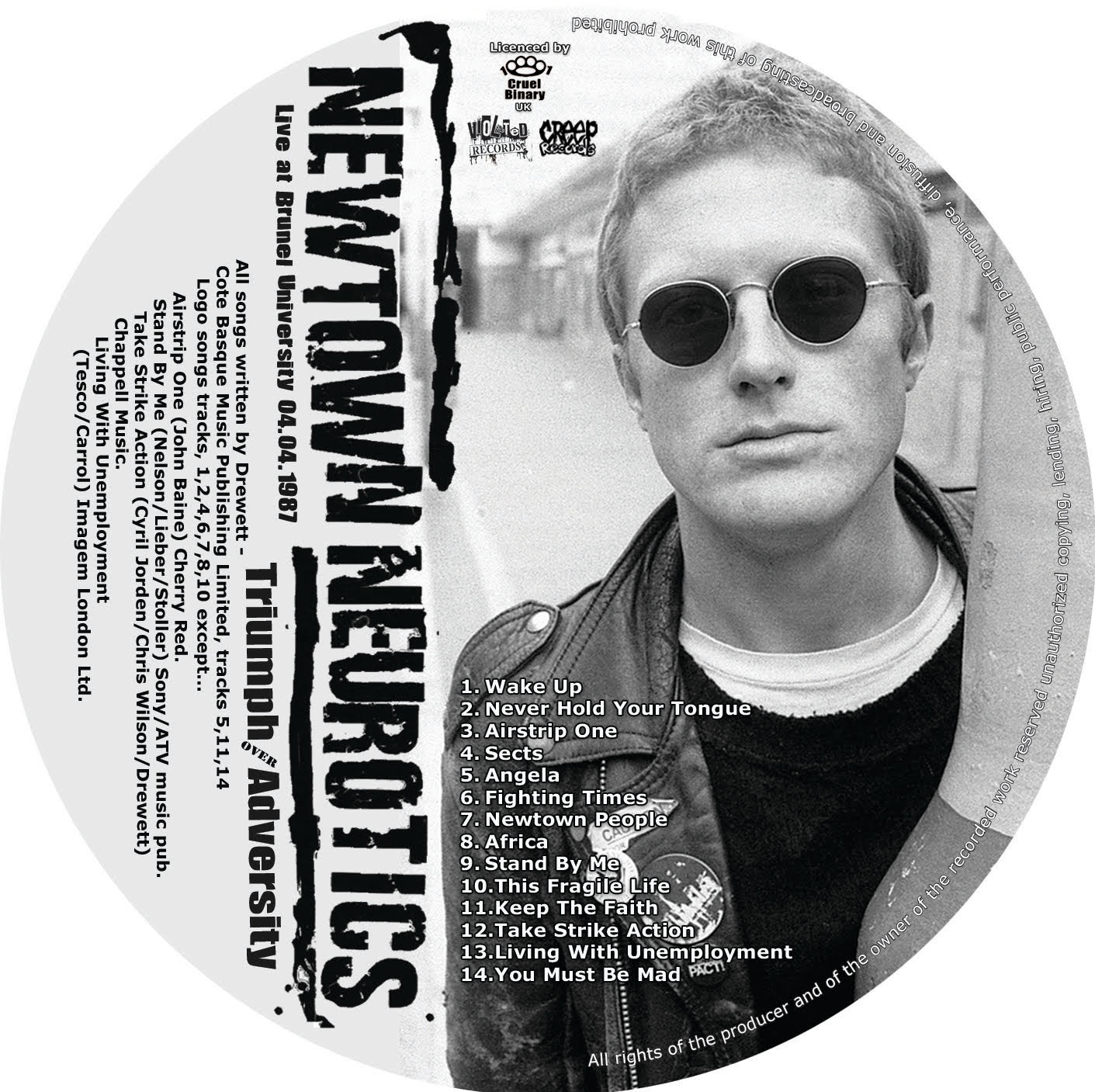 The Newtown Neurotics became the Neurotics in 1986. This cd/download is a live set recorded in 1987 at a show that apparently was delayed due to a bomb scare at the Brunel University where this was recorded. Go figure.

The set list doesn't include early classic punk tracks like "Kick Out the Tories" or "Mindless Violence" or "Hypocrite". However, there are three songs from "Beggars Can Be Choosers" ("Wake Up", "Newtown People" and "Living With Unemployment"). So, "Triumph Over Adversity" serves an introduction to the Neurotics ("we're the neurotics" as they introduce themselves at the beginning of track one) for me, much like the "Punk and Disorderly" compilations introduced me to Newtown Neurotics. See, I never obtained ANYTHING by the Neurotics. Not on vinyl, not on CD. Just didn't happen. It wasn't intentional. 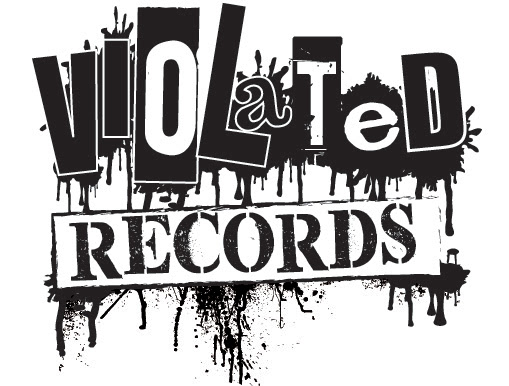 The sound on "Triumph Over Adversity", is surprisingly crisp, for a live set in 1987. The energy comes through and you'll want to play this loud, as if you were in the pub listening to the Newtown Neurotics play these right in front of you. The fourteen tracks are a joy to listen to. The Neurotics tracks that I did not know, I now feel like I have to seek out and obtain those later records. "Repercussions" and "Kickstarting a Backfiring Nation" are now on my want list. Thank you to Pat and Violated Records for bringing this to the States. Now all we need is some vinyl! 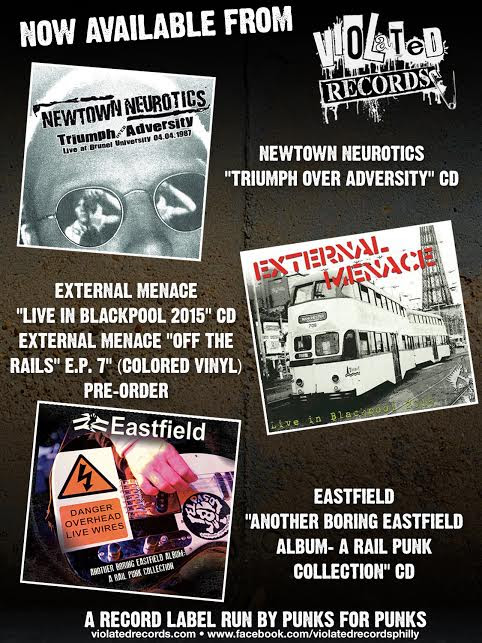