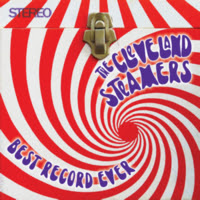 Sometimes it is weird coming in on a band at record number three. Especially when you dig record number three. Then you ask yourself, why didn't someone tell me about albums one and two? Hell they are from Cleveland. One of the punkest places on the planet. Someone should have clued me in. So I am cluing you in on this one...


When I think of Cleveland, i think of the Pagans. Punk legends, pure and simple. I also think about the only time I've been in Cleveland. I went to see Guns and Roses on May 5, 1988 at the Cleveland Music Hall.  Zodiac Mindwarp & the Love Reaction & UDO opened the gig. Fanfreakintastic. I also remember thinking, what the hell, people live here? We didn't stay to take in the sites. Just saw Guns and Roses and Zodiac rule, and got out of town fast. I was confused by UDO at the time and well, I guess I am still kind of confused by UDO.

I missed out on Cleveland Steamers albums "Terminal" and "Who's Next?" (but those two and the new album are available as a specially priced 3 pack here: https://www.smogveil.com/products/cleveland-steamers-powerpak-lp-or-cd). By the way, this Cleveland Steamers is not the creators of the album "Treasure Chest", that is a rap album.

First things first. I googled "Cleveland Steamer" because I vaguely remember that phrase having something to do with something really nasty. Probably came up in conversation on Howard Stern when Ronnie was giving his sex tips...

Definition of "Cleveland Steamer" per wikifetish: (slang) A sexual act involving defecating on someone's chest, then sitting in it and rolling back and forth like a steamroller.

Wtf. No thanks. Not happening.

OK, so now that I have that out of the way, the band the Cleveland Steamers was founded by Cheese Borger, the bassist for Cleveland's Les Black's Amazing Pink Holes. Listen/watch this video:

So Cheese Borger says, "My Grandpa was employed at the Collinwood railyard as a steam engine mechanic back in the late 1940s. Along with some co-workers he was part of a legendary bowling team that dominated leagues in the area for a good six years. They were called The Cleveland Steamers." 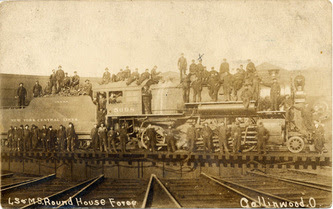 "Best Record Ever" sounds like a sweaty, drunken night in a dive bar.

Immediately after starting to listen to "Best Record Ever" I'm thinking, this band could have played the 4-G's (bar in Bethlehem PA, back in the day), where the bands were loud, the club was as small as it was dark, the punks and freaks always a few beers beyond drunk, the crowd rowdy and receptive, the bartender friendly, the cops leaving us to our own fate, the possibility of violence high, the possibility of drunken romance greater...

You get the picture. Well, if not you missed out. 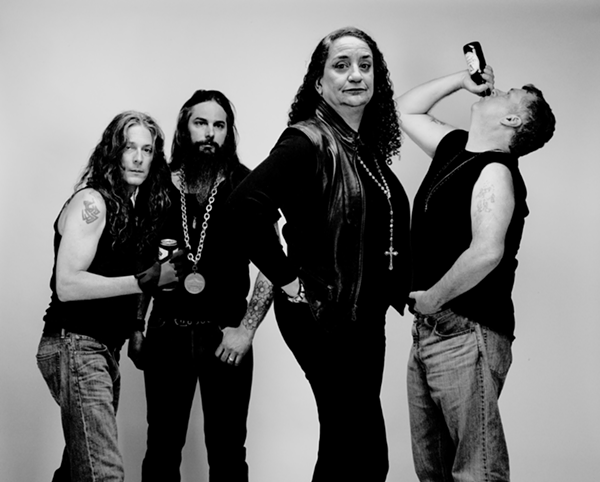 "Dream of Me" has a classic, creepy feel. With Cheese Borger's wife, Meredith Rutledge-Borger, delivering a haunting vocal track that stands out as an undeniably strong song, no matter your particular musical genre affiliation.

And that is the kicker here, the band bounces from influence to influence, in a mature manner, that never loses the unifying feel of the Cleveland Steamers.

"Something Bad" could have been an early Divinyls (remembering when I got to see them open for the Psychedelic Furs) track. Powerful and engaging, with excellent song structure and creativity.