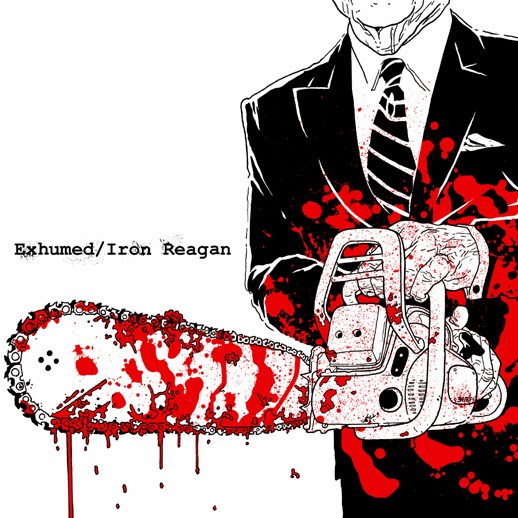 I am a fan of both Exhumed and Iron Reagan. 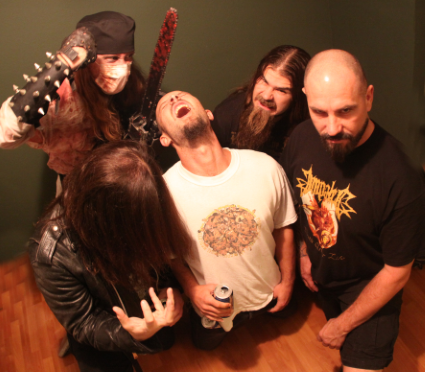 Exhumed provide four tracks, two of which are reckless death metal versions of hardcore classics. Exhumed is a friend to cover songs (see their disc "Garbage Daze Re-regurgitated" where they cover everyone from Led Zep to Siege). This is part of the reason I like them. On this split they destroy Minor Threat's "Seeing Red" and Negative Approach's "Ready to Fight" into a blurred death thrash wasteland. 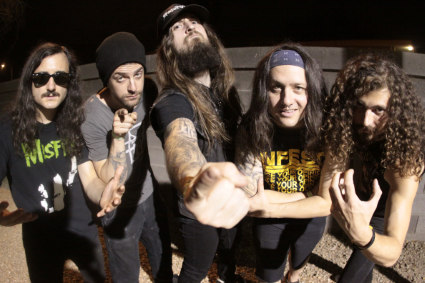 Iron Reagan can simply do no wrong. As an extension of Municpal Waste, the thrash mania continues. I love everything. From the name to the vintage hardcore thrash influence. Iron Reagan creates a beautiful feeling with their music that brings to mind the greatest of pits orchestrated by the likes of DRI, RKL and any other 3 initial hardcore thrash band you can think of... and this is 2014 not 1984.