Ringworm "Hammer of the Witch" 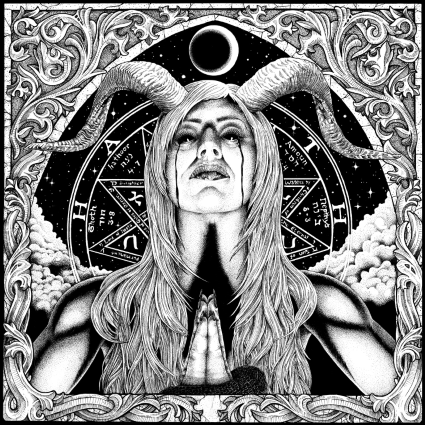 Do you need a more involved write up than that? 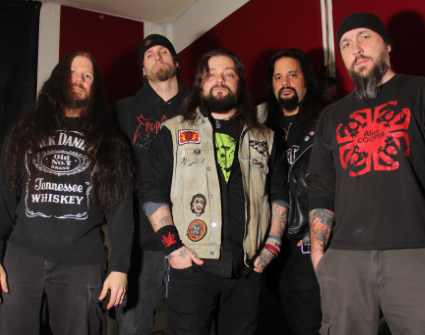 When I think of Cleveland, I first think of Pagans. Brutal punk rock from the late 70s. 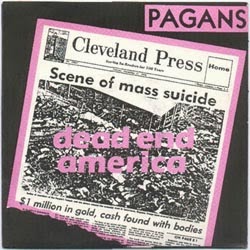 Then I think about the time I saw D.C.'s Government Issue in the mid 80s play a gig in "lovely" Cleveland. I think Half Life might have also played that show. I think I was pretending to be one of Half Life's roadies. Half Life is from Pittsburgh and I was living in Erie PA at the time. Half Life always treated me well.

Then I think about Cleveland's One Life Crew, especially how I thought their 1995 LP "Crime Ridden Society" was the pinnacle of hardcore hatred. No one touched that record in 1995.

Cleveland's Integrity raised the bar even more in 1996 with "Humanity is the Devil". Check my interview with Dwid in the issue of FOE from back then here.

Whether we are talking Pagans or Ringworm, my blood starts pumping faster through my body immediately. Fight or flight response is engaged.

Well, "Hammer of the Witch", Ringworm's latest in a discography that includes all mandatory, blood boiling, metallic hardcore, takes thing up another level. 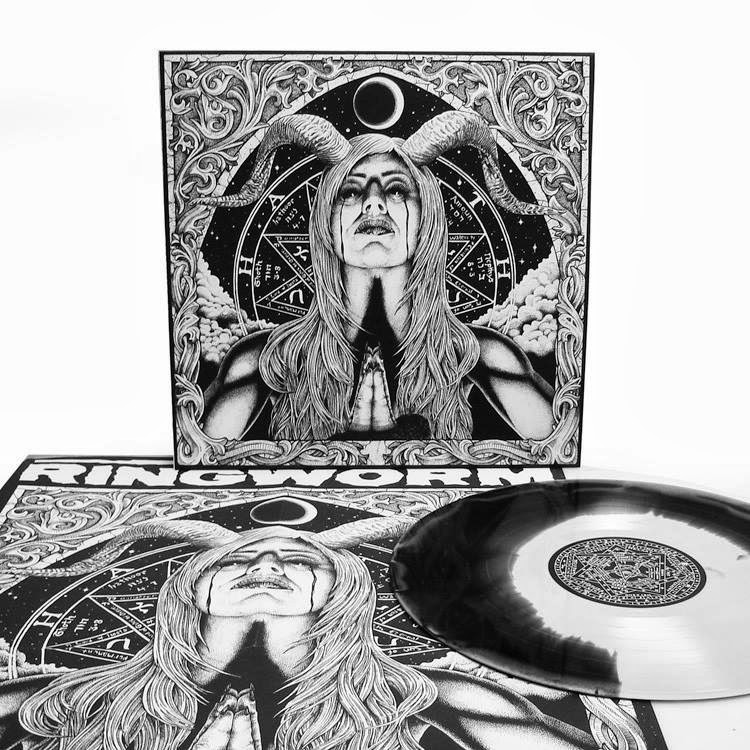 Human Furnace's vocals convey a brutality that might be considered a weapon in a slasher flick. He yells, victims faces fall off.

As the guitars crunch, the beats groove and drive, all I see in my head is visions of massive pits, continually circling, like a giant machine, eating up human energy, with the music endlessly fueling the pit's need for an energy source. To this day, the greatest pit I ever was a part of was the first time I saw Agnostic Front at City Gardens. I've seen Agnostic Front, more than a dozen times (easily), but that pit was in-freaking-credible. Circle from stage to bar. Everyone was in. Back then karate, kick boxing, dancers weren't yet invented... those karate dancers keep ruining my visions of awesomely powerful, majestically violent mosh pits. Damn kids get off my lawn.

Ringworm's "Hammer of the Witch" makes me want to grit my teeth and f&3@ sh$t up.

Ringworm kicks off their tour off March 29, 2014 about an hour away from me, in Reading PA. 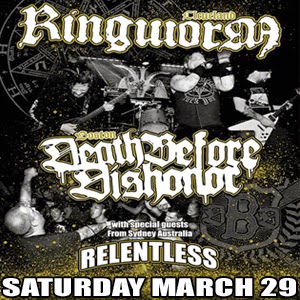